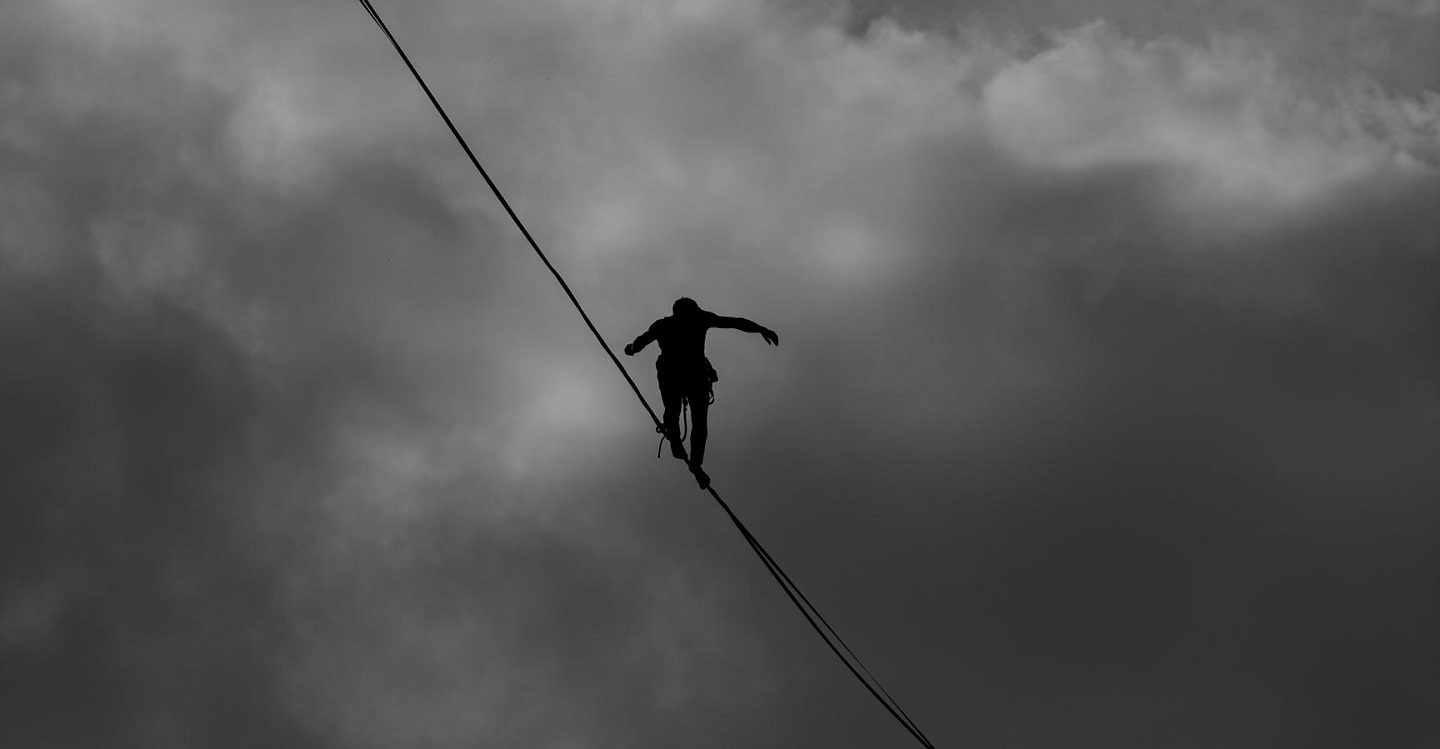 Meaningful progress will occur only when male leaders engage in deliberate and sustained efforts to change the culture and when the proportion of women increases more substantially.

Although formal barriers to women’s participation across branches and specialties in the United States’ (U.S.) armed forces have been removed, women still comprise a relatively small percentage of the force, ranging from 7.9% of Marine Corps officers to 21% of Air Force officers. Women continue to face informal barriers, and the Services have further progress to make toward integrating women effectively. In particular, the traditional masculine-warrior military culture presents both overt and more subtle obstacles. This culture sets expectations for behavior that limit both male and female service members, but they chart a particularly narrow path for women.  This tightrope of gender role expectations inhibits female officer retention and will continue to do so well after formal policies have changed. Meaningful progress will occur only when male leaders engage in deliberate and sustained efforts to change the culture and when the proportion of women increases more substantially. The challenges are related and must be tackled simultaneously—progress in one area will depend on progress in the other.

Research shows that people perceive others in terms of two fundamental dimensions: warmth and competence. Those perceived as warm are more likable, whereas people perceived as competent are more respected. Men are often perceived as both likable and competent at the same time, but women are more typically perceived in either-or terms. A warm and likable woman struggles to be respected, whereas a competent and respected woman is often disliked, even by other women. This phenomenon is apparent, for example, in the evaluation of female presidential candidates’ likability, which is less of a factor for male candidates. The warmth-competence dimensions largely align with prescriptive stereotypes for women and men – ideas about how women and men “should” act. Stereotyped expectations of leaders align with masculine norms, especially for higher-status leadership roles and in male-dominated professions.

Female military officers must walk a tightrope of self-presentation to be accepted as leaders in this context. In order to meet expectations for prototypical leaders in the masculine-warrior military culture, female officers have to be competent, assertive, and dominant. But in order to meet gender expectations, female officers also have to be warm and caring. To overcome stereotypes that devalue women’s competence and contributions, female officers first have to demonstrate their competence by performing as well or better than their male counterparts, but then they are penalized for violating gender expectations, becoming the target of backlash. Researchers have referred to this phenomenon as the double-bind for female leaders.

Backlash for acting in ways that challenge gender stereotypes takes multiple forms. Sexual harassment is a particularly direct and harmful form. But research has also documented less direct forms, including social isolation, discrimination, and the tendency for subordinates to sabotage female leaders who demonstrate agency and initiative. In the military context, backlash is evident in female service members’ perceptions of unit climate. On the 2018 Workplace and Gender Relations Survey of Active Duty Members (WGRA), female service members across services rated every aspect of their unit climate lower than did male service members and rated workplace hostility as higher. Among women who had experienced gender discrimination, many indicated that they had been told women were not suited for the job they held, or women should be barred from having that job.

Backlash for violating gender expectations encourages women to finely tune their self-presentation, constantly monitoring and adjusting their behavior to the context and audience. In particular, women have to minimize behavior that can be perceived as self-promoting or pursuing self-interest. They must tread carefully when disagreeing with colleagues and avoid making mistakes when performing tasks traditionally seen as masculine, due to double standards requiring higher competence among women. A female ROTC cadet described this self-monitoring as “putting up a barrier . . . like I need to watch myself in that space because I know all these males are being critical of me.” This quote illustrates how early in the leader development pipeline women begin experiencing the double bind.

Research suggests such monitoring and compensation efforts are likely to pay off. Men are less likely to resist female leader’s influence and authority when women soften their communication to be less direct and less dominant, making qualified suggestions instead of confident assertions when giving feedback, for example. And in early career experiences, women’s self-monitoring seems to eliminate the negative impact of displaying more stereo-typically masculine traits, resulting in a higher likelihood of promotion. Thus, women sometimes find ways to adapt and compensate for gender bias to be effective, even when more subjective assessments of their performance continue to penalize them.

These gender expectations are not just a constraint for women. Men in the military can experience backlash for violating masculine gender expectations as well. On the 2018 WGRA, although male service members reported gender discrimination and sexual harassment less frequently than women, the experiences they did report suggested gender role backlash. For example, the most commonly reported incidents for men involved being told they were not acting consistently with their gender (i.e., “not man enough”). Male service members have to monitor their behavior and emotional expressions to avoid appearing weak or vulnerable.

It should be noted, however, that for the military, the harassment and discrimination of men for violating gender roles is also a problem.

Although expression of emotion within the masculine-warrior military culture is particularly constrained, men who successfully navigate those limits find belongingness and social support. As such, masculine norms can have negative effects on male service members, but are not necessarily harmful to men as a whole. They may be a positive resource in some circumstances. Thus, while women walk a tightrope, the gender balancing act for men takes place on a balance beam and tends to include more of a safety net. It should be noted, however, that for the military, the harassment and discrimination of men for violating gender roles is also a problem. Such harassment of male service members tends to result in more severe mental health consequences and is more costly to the organization due to the proportion of men relative to women.

For both women and men, managing self-presentations to conform to gender role expectations is a drain on cognitive resources. Constantly monitoring and calibrating one’s behavior is effortful, and it imposes additional demands on female officers in an already–demanding profession. Navigating narrow or conflicting expectations contributes to role conflict, which has been associated with occupational burnout. These demands may not manifest in lower job performance, as women tend to receive similar or slightly higher performance ratings than men, even when women are a relatively small proportion of an organization’s workforce, including in the military. Instead, controlling self-presentation may be one more source of occupational stress for female officers, and women may ultimately assess that the costs are simply not worth it.  This pressure may be one of many factors contributing to female officers’ lower retention.

Improving the organizational culture to be more gender inclusive takes time, but leader and individual efforts in the short term can be helpful. Much has been written on the role of leaders in shaping organizational climate. Military literature has focused heavily on addressing toxic leadership and preventing harmful behaviors, but more attention to selecting and developing leaders who create positive, inclusive climates would be beneficial. Given the current numbers, building a more inclusive organizational culture requires efforts by male leaders in particular, some of whom may need support to see the relevance of their own unit climates to strategic talent management outcomes like retention. In addition, promoting positive coping strategies for both women and men may also be helpful, though enduring solutions should focus on the organization and not simply shift the burden to the individual.

For the longer term, research suggests that the proportion of women in the military may need to reach a critical mass of 30% before sustainable change will occur. Though service efforts to recruit more women are yielding some success, the proportions are still too small to integrate women fully and to provide the benefits of diversity. At the individual level, women’s career success may be negatively impacted by their smaller numbers, as women’s promotion potential is rated lower than men’s even though their performance is rated similarly. Unit climate perceptions on the WGRA also suggest negative effects on the subjective experience of women in the military workplace. Studies in the technology and finance sectors suggest that gender diversity in management teams has important benefits for organizational performance, and those benefits emerge at proportions of about 30% women.

Achieving this level of gender diversity in military leadership positions requires sustained attention to gender diversity throughout the entire career life cycle, from recruiting to retention to promotion, due to the relatively closed system of military careers. Once gender diversity reaches levels sufficient to impact organizational outcomes, perhaps a wider range of acceptable leader behavior will become normalized, reflecting both traditionally masculine and more stereotypically feminine qualities. Such a shift may help attract and retain high quality female officers and ultimately improve the organizational climate for both women and men. In the meantime, women in the U.S. military will continue their balancing act.

Dr. Allison Abbe is Associate Professor of Organizational Studies at the U.S. Army War College. Her research focuses on the development of leadership, interpersonal, and intercultural skills in national security personnel. She has worked in several defense and intelligence organizations and holds a PhD in Social and Personality Psychology from the University of California, Riverside. The views expressed in this article are those of the author and do not necessarily reflect those of the U.S. Army War College, the U.S. Army, or the Department of Defense.