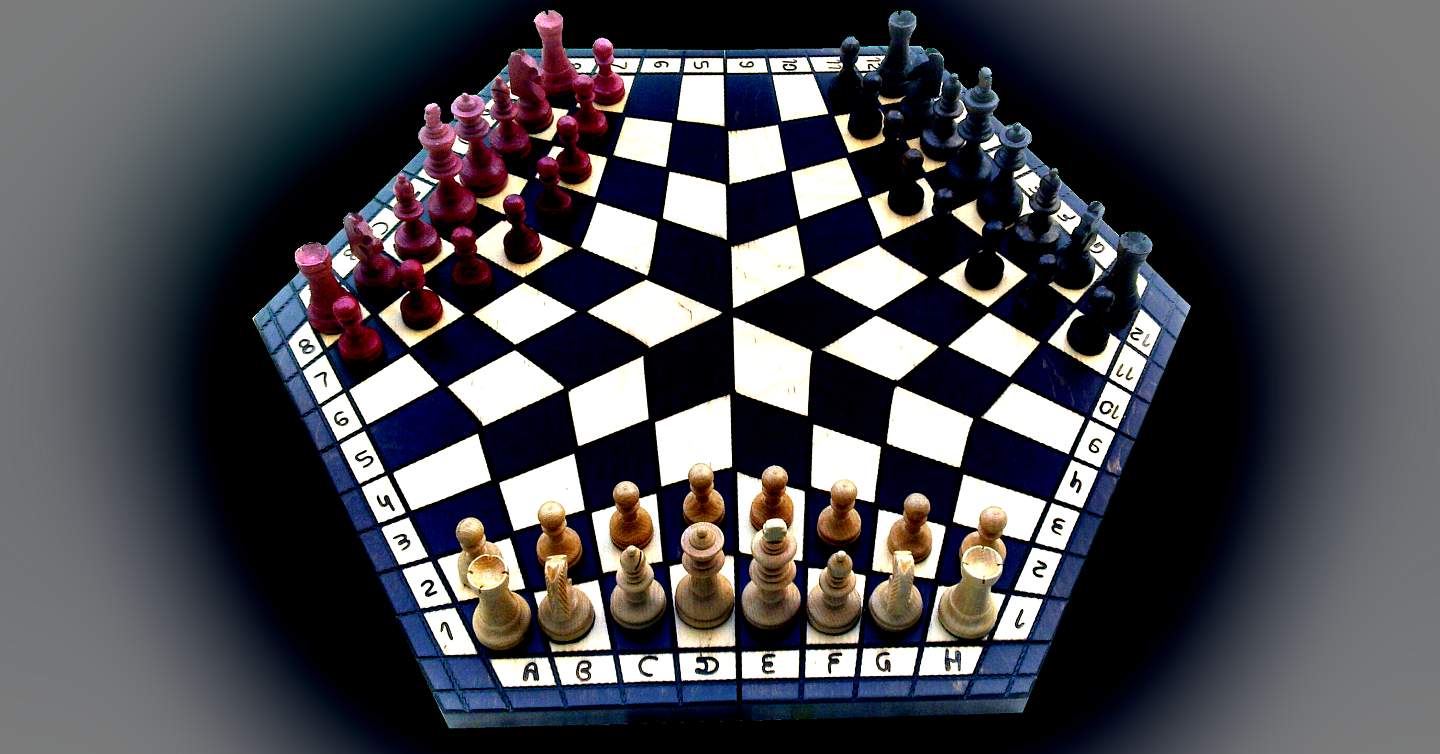 We must anticipate the implication of new technologies on the battlefield, rigorously define the military problems anticipated in future conflict and foster a culture of experimentation and calculated risk-taking.

Summary of the 2018 National Defense Strategy

The first part of this series described lessons taken from an unsuccessful attempt to write a service strategy, ending with the depressing suggestion that the process of producing strategic documents might be inherently self-defeating. Even within a single service there are too many diverse views and interests to overcome. Thus, we are left with the unappealing choice between a worthless lowest-common denominator or substance doomed to immediate, reflexive resistance from some segment of the institution.

Rather than succumb to bureaucratic inertia, or worse, what in Supreme Command Eliot Cohen called “strategic nihilism,” the military services should focus less on strategy and more on problems. Merriam-Webster defines a problem as “a source of perplexity, distress, or vexation” or “an intricate unsettled question.” Although the Department of Defense does not have an official definition of problem, or the more precise term military problem, a generic definition adapted to the context of a military service will suffice: “An intricate unsettled question dealing with the operational or tactical level of warfare.”

Why do problems work?

One lesson from the failed service strategy project was the power and attraction of historical analogies. Examples of past success resonated with nearly every audience: joint partners, peers on the staff, and senior leaders. These analogies were appealing because they provided clear examples of how the service once overcame significant problems such as great power competition, political polarization, and uncertain budgets.

The most obvious and well-documented examples relating to strategy writing team’s work came from the interwar period, in which the great powers attempted to solve the problems of trench warfare that dominated the First World War—whether by designing an air force built around strategic bombing, developing the concepts of tank warfare, or reforming personnel systems. At the heart of the discussion was innovation, a buzzword in the current Department of Defense lexicon.

For many years, the sources of military innovation have been framed by the contending theories of Barry Posen and Stephen Rosen. The former argues that military innovation must be forced from without, while the latter holds that internal motivation and competition are paramount. Important additions to the Posen-Rosen debate are the works of David Johnson, who provided a mixture of positive and negative examples drawn from the U.S. Army, and Williamson Murray, who used the German Luftwaffe to demonstrate how not to craft and use an air force.

Other works focusing on the years between the First and Second World Wars provide other great examples of how organization solved or succumbed to military problems. Younger officers, particularly graduates of advanced professional military education, are well versed in this extensive literature. Senior officers naturally find any hints as to how to build the foundation for strong militaries without huge budgets enticing. The strategy writing team often heard the (probably apocryphal, but nonetheless useful) quotation from Winston Churchill, “Gentlemen, we have run out of money. Now we have to think.” Regardless of audience, there was a definite sense that during the interwar period, the focus on solving military problems had been a critical component of whatever success was achieved.

While the First World War and the interwar period provided interesting cases for talking about innovation, the case of AirLand Battle from the post-Vietnam era generated the most discussion. Since AirLand Battle was developed and executed in more recent memory, it provided a ready example of how to orient the Air Force for future conflict. At the heart of AirLand Battle was the problem of contending with the superior strength of another great power: the overwhelming threat of Soviet armored formations in Europe. AirLand Battle solved the problem by offering a joint solution involving both the Air Force and the Army.

While the resulting joint force did not fight in Europe, it did overwhelmingly defeat Iraq in the First Gulf War. Although overstated in the press, the combined effects of precision weapons, global positioning technologies, and advanced command and control facilities overwhelmed the Iraqi military. This work was also the fruit of innovation efforts in the Pentagon, epitomized by Colonel John Boyd. Thus, through focused attention on problem solving, the Air Force and Army provided deterrent and operational capabilities which allowed the joint force to succeed in battle. As the 2018 National Defense Strategy seeks to reorient the services towards the challenges of great power competition, AirLand Battle offers an example of the same.

All about the Problem

In retrospect, the key to developing AirLand Battle was the focus provided by a military problem. What is particularly salient to current discussions is the way that AirLand Battle followed upon the failures of earlier efforts in the late 1970s to match Soviet advantage with a symmetrical response of adding more allied armored units. Those earlier solutions could not overcome the numerical and geographic advantages of the Soviets. Instead, the Army had to recognize that it needed the long-range fires of the Air Force and the Air Force had to recognize that its command and control networks had to be more responsive and joint.

The work by the Air Force to solve this problem within the AirLand Battle framework—the “31 Initiatives” studies—built a baseline of understanding for both services. In distilling the problem to the component parts of how to combat the mass of Soviet armor in Western Europe, the 31 Initiatives set the stage for years of debate, work, and building the force that could solve that problem. For the Air Force, these doctrinal, procedural, and technical solutions harnessed the potential of F-16s, F-15s, A-10s, as well as supporting information systems, the global positioning system, and satellite communications. The result was the formidable air force that underpinned US military operations in Iraq, Afghanistan, Kosovo and Libya.

Attempting to refashion or remake a service in a way that disrupts or circumvents national policy will lead to great political difficulty.

The Advantages of Military Problems

A problem-based approach to strategy offers several advantages. First, properly defined military problems force a service to decide what is important in the future warfighting environment. In the absence of a clear problem to solve, the future environment can become unwieldy. In turn, this can lead to confused decisions about budgets and weapons systems. For example, the current Joint Operating Environment 2035, published by the Joint Staff, contains 24 separate “Evolving Joint Forces Missions.”

Even the unusually clear and concise National Defense Strategy identifies eight key capability areas requiring attention from the services. With dozens of such imperatives to choose from, attempting to prioritize a service budget based on these broad and sometimes competing priorities becomes a minefield. Or, for the cynical, the profusion of priorities allows the process of developing a budget to devolve into a “buzzword bingo” justification of desired capabilities from artificial intelligence to hypersonics, all wedged into any convenient category as “fixes.”

A well-thought out military problem constrains such intellectual wandering, keeping the service focused on what is important. With a clear problem, it’s easier to decide how the service orients itself: How big a service to recruit? What weapons to buy? Which technological research to pursue? In short, military problems keep the organization grounded in reality, preventing bureaucratic inertia from overwhelming a service.

Second, while aspirations are important, they must be backed by more concrete, specific objectives to win public and congressional support in the form of budgets. AirLand Battle made it easy to articulate the problem and ensure legislators that the Army and Air Force had a coherent solution.

Third, military problems force technological solutions into a supporting role. It’s well documented that the American military has a love affair with technology and as Colin Gray notes in Weapons Don’t Make War, “Weaponry does not equal strategy.” Fashionable technologies will rule the day if allowed to dominate the discussion. When the problem comes first, however, the technology can come second. Over time, even a technological solution which initially solves the problem might become obsolete or countered by the adversary. In such instances, a military problem serves as a useful rubric for assessing progress or setbacks.

Fourth, solving military problems harnesses the talent already on staff and their recent operational experience. By focusing on a problem, the officers who have served at the tactical level can bring their recent experiences and perspectives to the planning and programming of the budget. For example, on the Air Staff there are hundreds of colonels with recent operational experience at the joint task force-, group-, wing, and squadron-levels. With a clearly defined problem the inputs form recent warfighting are much easier to capture or, when necessary, discard. Asking a staff to solve a problem is the best way to capture recent and emergent information.

A word of caution

For all the benefits of using a problem-based approach to crafting a service strategy, some caution is in order. While the process involved in the Joint Planning Process defines operational problems for immediate solution, the military problem at the level of a military service is not a plan to fight. Lines of efforts, phasing, and other tools for planning a battle or operation might not necessarily be the best way to address institutional strategy. A service organizes, trains, and equips a future force for the fight, but does not fight itself. As such the military problem will have to be sufficiently specific, while also broad enough to allow the staff flexibility to pursue differing solutions from the training of personnel to the procurement of platforms.

In layman’s terms, the military problem must be somewhere between the tactical “take that hill” and the strategic “defend the United States of America.” In the context of a service strategy, this level of warfare is important. As mentioned in the first article in this series, the higher-level strategies set by the political system already define much of what a service must do. Attempting to refashion or remake a service in a way that disrupts or circumvents national policy will lead to great political difficulty. A service must concentrate on those problems that its forces might confront on the future battlefield.

What is difficult about identifying these types of problems are their finality. To define a military problem is to choose a direction and move the service towards that end. As such, certain concepts, capabilities, and weapons systems will better solve the problem, while others will lose out. Paradoxically, this is the power of solving problems. Problems force a path, force a choice, and force a concentration of resources to a goal. It’s much harder for bureaucratic behavior or even political limitations to stand athwart a critical problem.  We can talk strategy in the profession of arms—it’s problems that demand action.

Colonel Jobie Turner, Ph.D., is a WAR ROOM featured contributor and commander of the 314th Operations Group. The views expressed in this article are those of the author and do not necessarily reflect those of the U.S. Air Force, the U.S, Army War College or the Department of Defense.