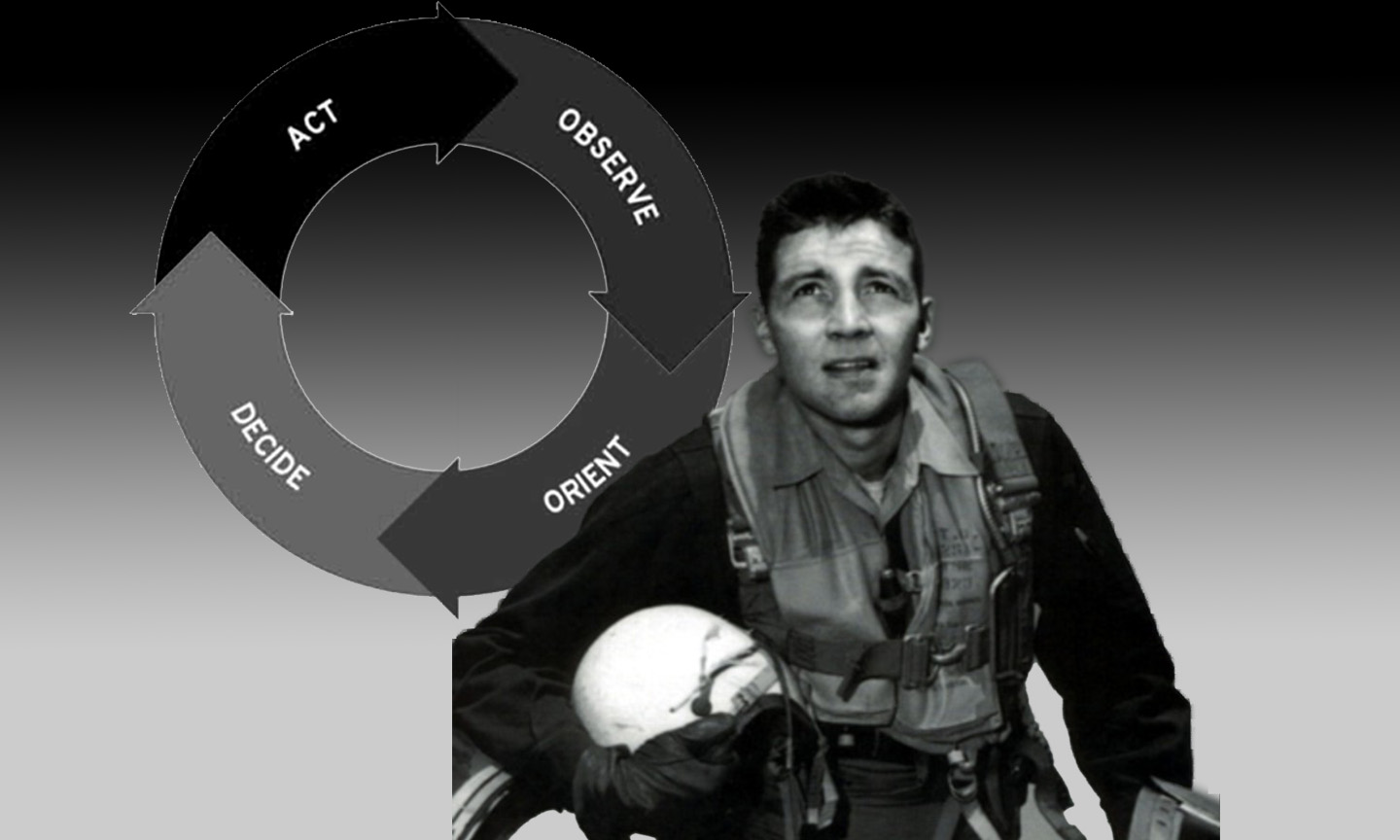 The OODA loop kinda represents how … humans and organizations learn, grow, and survive

A BETTER PEACE continues its series on Great Strategists with a look at airpower theorist John Boyd, who conceived of the “OODA” (Observe, Orient, Decide, and Act) Loop. Originally expressing an approach to tactical engagement, Boyd later expanded the idea to incorporate broad strategic action. How can individuals, organizations, and entire forces use this action-and-feedback mechanism to shape an uncertain environment and outthink the opponent? Discussing Boyd, his legacy, and contemporary views of his theories are U.S. Army War College professors Clay Chun and Jacqueline E. Whitt.