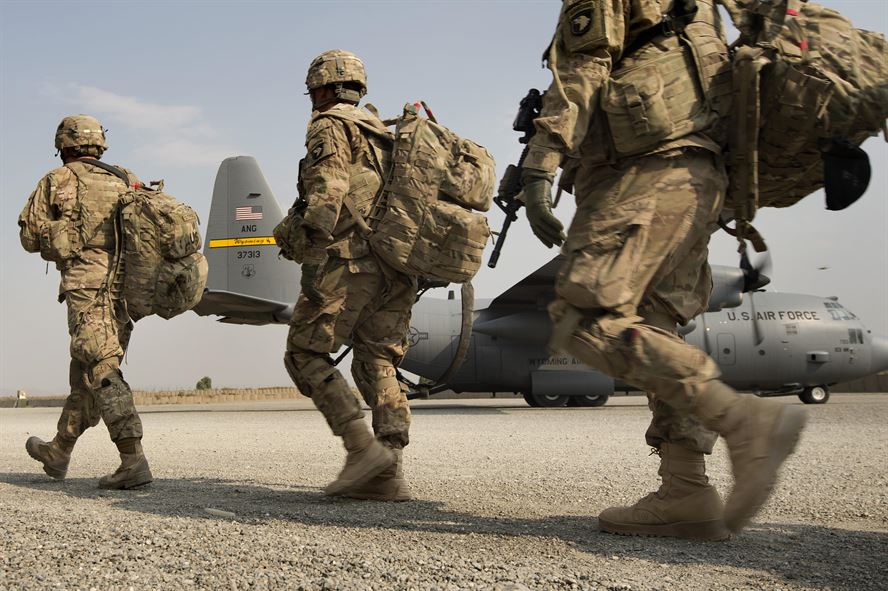 Woody Allen once said, “80% of success is showing up.”

The U.S. government has a “big stick” in the U.S. military, a force with unsurpassed capabilities on land and sea, and in the air and space. Yet a big stick is only useful if you can carry it abroad. The new National Security Strategy that President Donald J. Trump issued in December, 2017 promises to strengthen the U.S. military. This distinctly  “America first” document that thoroughly examines the challenges facing the United States and offers priority actions the nation will pursue across the diplomatic, information, military, and economic elements of national power. Although the NSS emphasizes improving military capabilities, many of its recommendations will have unintended consequences for the United States’ ability to go to war. Indeed, without a more coherent approach to defense spending, the approach outlined in the NSS will actually degrade the military’s ability to mobilize for war.

Absent an actual, major war, it is difficult to know how quickly the nation could mobilize the military for such a contingency, or to understand all of the constraints on such a mobilization. The Army War College is currently researching these questions. Joint doctrine describes military mobilization as the “process by which the nation’s Armed Forces are brought to an increased state of readiness.” If the United States must execute a large-scale mobilization, the Reserve Component will constitute a significant portion of the deployable force. Together, the Reserve Components account for more than half of Army authorized end strength, with 343,000 for the Army National Guard and 199,000 for the Army Reserve. Because of the Army Total Force Policy, many of the enabling capabilities necessary for deploying and conducting major combat operations are resident in the Reserves, and the Reserves comprise 100% of the Army’s capabilities for some functions.

The Army uses two primary installations, Forts Hood and Bliss, to ensure Reserve units are ready to deploy. To mitigate this limited capacity, the Army has taken several steps, including increasing the readiness of select units to reduce mobilization and deployment timelines and developing plans to expand mobilization installations in time of crisis.  While these actions tend to focus on training and deployment issues associated with mobilization, a few of the policies and actions within the National Security Strategy portend a more holistic approach.

The NSS discusses measures to strengthen the U.S. economy (and the defense industrial base, in particular) and to improve the nation’s transportation infrastructure, advocating modernization of seaports, airports, and rail systems that would also improve the Army’s ability to project power quickly and safely (assuming the infrastructure improvements are the right type to support military deployment). Encouraging such investment reinforces the President’s July 2017 Executive Order to assess and strengthen the defense industrial base. Identifying where the industrial base is weak, and investing in national security industries will improve the collective ability of government and industry to quickly address emergent threats. With sufficient quantities of materiel and supplies to support sustained combat operations, mobilization efforts can progress smoothly. Yet the details of such changes have complicated implications for military mobilization. For example, bridge design, heavy rail cars, and a myriad of other factors impact the ability of military forces to use civilian infrastructure. For example, even though the Department of Defense Strategic Rail Corridor Network (DOD STRACNET) connects all major Army installations, depots, and ports of embarkation, “designing exclusively to the DOD STRACNET profile may result in deployment delays.”

The NSS also calls for increases in the end-strength of the military. Growing the force provides more options during a mobilization for individual and unit cross-leveling while potentially reducing individual deployed time, assuming the steady-state deployment requirements do not increase. The National Security Strategy’s emphasis to maintain dominance against any potential adversaries is embedded in innovation, readiness, and growth. Initiatives to grow the force would increase the capacity and capability of the Army to win across a range of scenarios, including large-scale contingencies.

Although the NSS emphasizes improving military capabilities, many of its recommendations will have unintended consequences for the United States’ ability to go to war.

Increasing military end-strength sounds like a sure-fire way to improve national security. Yet such changes require not only congressional approval, but also additional funding for other military activities – more soldiers require more money for equipment and training, for example. Such considerations are not reflected in the President’s Fiscal Year 2018 budget request. Perversely, rapid personnel increases without supporting increases in funding will probably degrade the readiness of the Army by taking money away from core drivers of readiness in order to pay additional personnel costs. In turn, these decreases in short-term readiness will increase the time necessary to mobilize, especially for large-scale contingencies, in order to train and equip those additional personnel.

The NSS also calls for the military to increase its forward presence. This change at first glance seems generally positive for national security if the force is properly postured. Yet an increased forward presence (again) draws resources away from other elements of the defense budget, as it is generally more costly to maintain forces forward. Increasing forward presence will generally reduce the time between deployments, even for the Reserve Components, and this could lead to higher attrition and lower long-term readiness. The structuring of this forward presence, either through rotational or forward stationing, also affects the time between deployments for available units. Much like Operation Desert Storm, forward presence units may have to deploy from somewhere other than the homeland, increasing the likelihood of delay.

The NSS also calls for accelerating the development and fielding of new military equipment. Speed always sounds better, but rapidly fielding new technologies also means rapidly reducing readiness as new technologies are introduced. A large-scale mobilization will slow down as units receive and train on new technologies, assuming that the newly forming industrial base can source the need. Much like the uncertainty of future operations challenges the premobilization training model, integrating new systems can rapidly nullify previous training, forcing the Army to change pre-mobilization training. All of this costs money and time.

Woody Allen once said, “80% of success is showing up.” For the U.S. Army to support the nation’s security, it needs to be able to “show up” for war in time to affect the outcome. The National Security Strategy attempts to be holistic. Its key elements mean a lot less if they are not executed in concert. This is only possible with significantly increased funding, and, more important, with a rational, deliberate approach to allocating those resources where they offer the greatest benefits.  A potential method to ensure that the Army can “show up” is to prioritize planning and investments according to a combination of impact and required lead time, investing first in those items with the most significant impact and that take the longest time to implement. With that in mind, the following investments are likely to provide significant benefits to the U.S. Army’s ability to mobilize.

Senator McCain has recommended a prioritization of threats. We need a similar prioritization of investment in mobilization capabilities. This will also serve to inform the National Defense Strategy that is currently under development in DoD. For mobilization, an incoherent approach to increased defense spending will only purchase more risk. We must ensure that power projection enablers and a robust industrial base complement a bigger, stronger force. Otherwise, the United States will find itself with a big stick that is stuck inside an even bigger box – a large force that is unable to deploy quickly enough to make a difference.