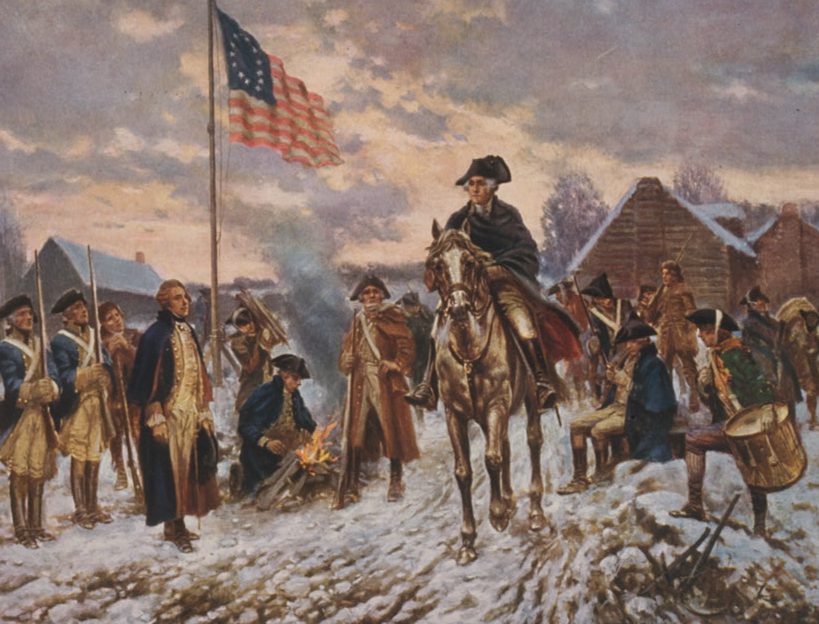 Washington [will] realize early on that he is playing a losing hand and has to change how he plays that hand.

This inaugural episode of the Great Captains series focuses on George Washington from his early career aspirations as a colonel in the British (!) Army to leadership of the American Revolution. Throughout, Washington’s ability to learn from previous failure, understanding of British weaknesses, concern for his troops helped him overcome the uncertainty about the revolution’s success. Len Fullenkamp and Andrew A. Hill discuss this compelling but lesser known side of General George Washington. WAR ROOM podcast editor Jacqueline E. Whitt introduces the episode with a backgrounder on the Great Captains series.

Image: George Washington on horseback in snow at Valley Forge. By Percy Moran, 1911.

Posts in the “Great Captains” series: