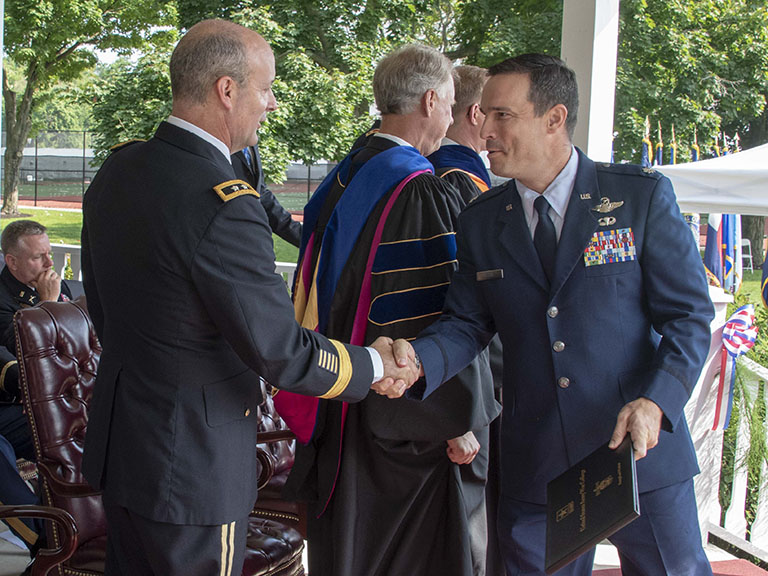 There’s twenty-four outcomes that you’re supposed to do, they would come in and go ‘Prove to me your assessment on all twenty-four of these things.’

The 2018 National Defense Strategy includes the following stark assessment of Professional Military Education, or PME: “PME has stagnated, focused more on the accomplishment of mandatory credit at the expense of lethality and ingenuity.” Externally, PME has been a regular subject of criticism and target of calls for reform for the past decade. But internally, PME institutions have (without much fanfare) been embracing change and innovating their curricula and methodologies to ensure its graduates are prepared to re-enter the joint force with the requisite skills and knowledge. So what continues to be the problem and what barriers still must be overcome. The 51st Commandant of the U.S. Army War College John Kem, who also serves as Deputy Commandant of the Army University, addresses these questions with Andrew A. Hill, WAR ROOM’s Editor-in-Chief.