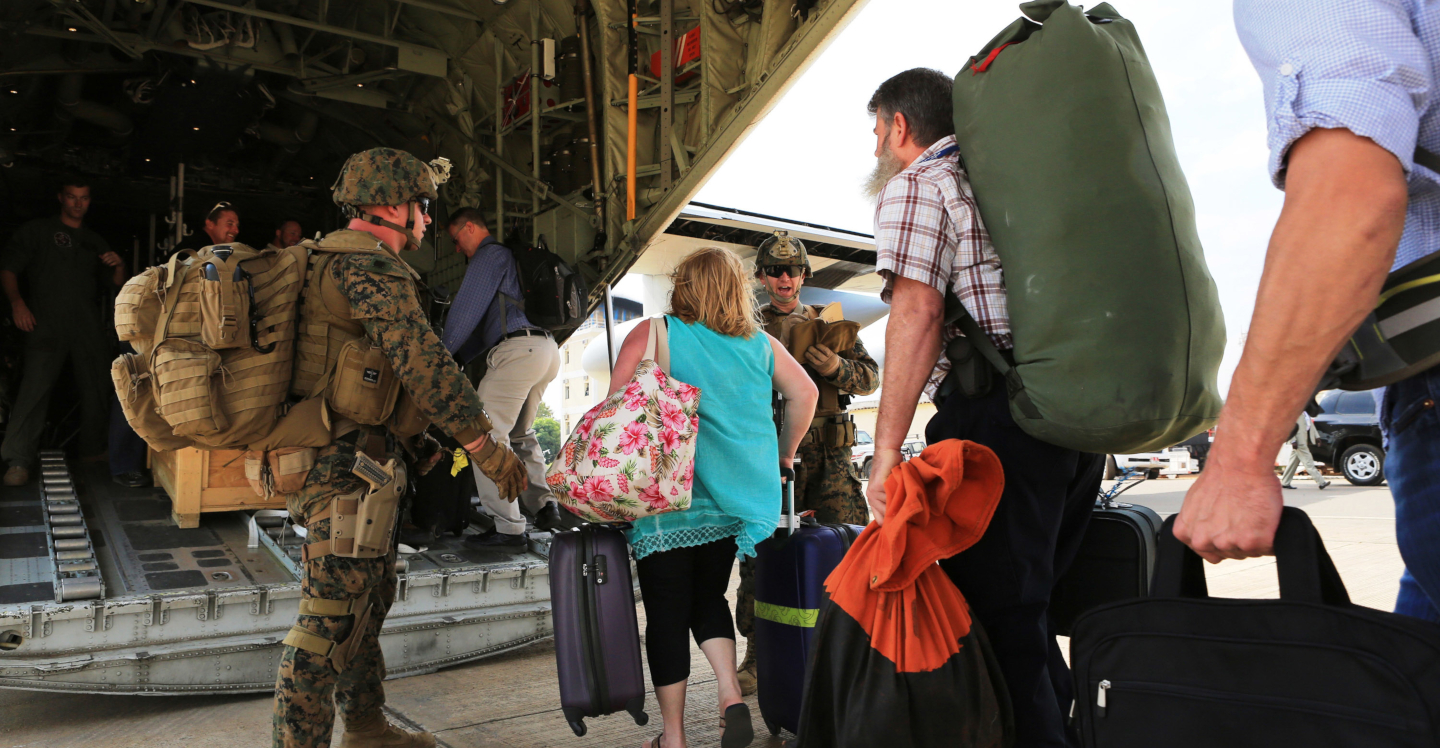 From my vantage point…there’s been a growing role and place for USAID in policy discussions.

A BETTER PEACE welcomes Brad Arsenault, Alexious Butler and Leigh Caraher to the studio to explain the great works of the U.S. Agency for International Development (USAID.) The three join Podcast Editor Ron Granieri to discuss how USAID measures success, works with other government agencies and their level of inclusion in U.S. international affairs.

Photo Description: U.S. Marines and sailors help U.S. citizens into a Marine Corps KC-130J Hercules airplane in Juba, South Sudan, during an evacuation of personnel from the U.S. Embassy, Jan. 3, 2014