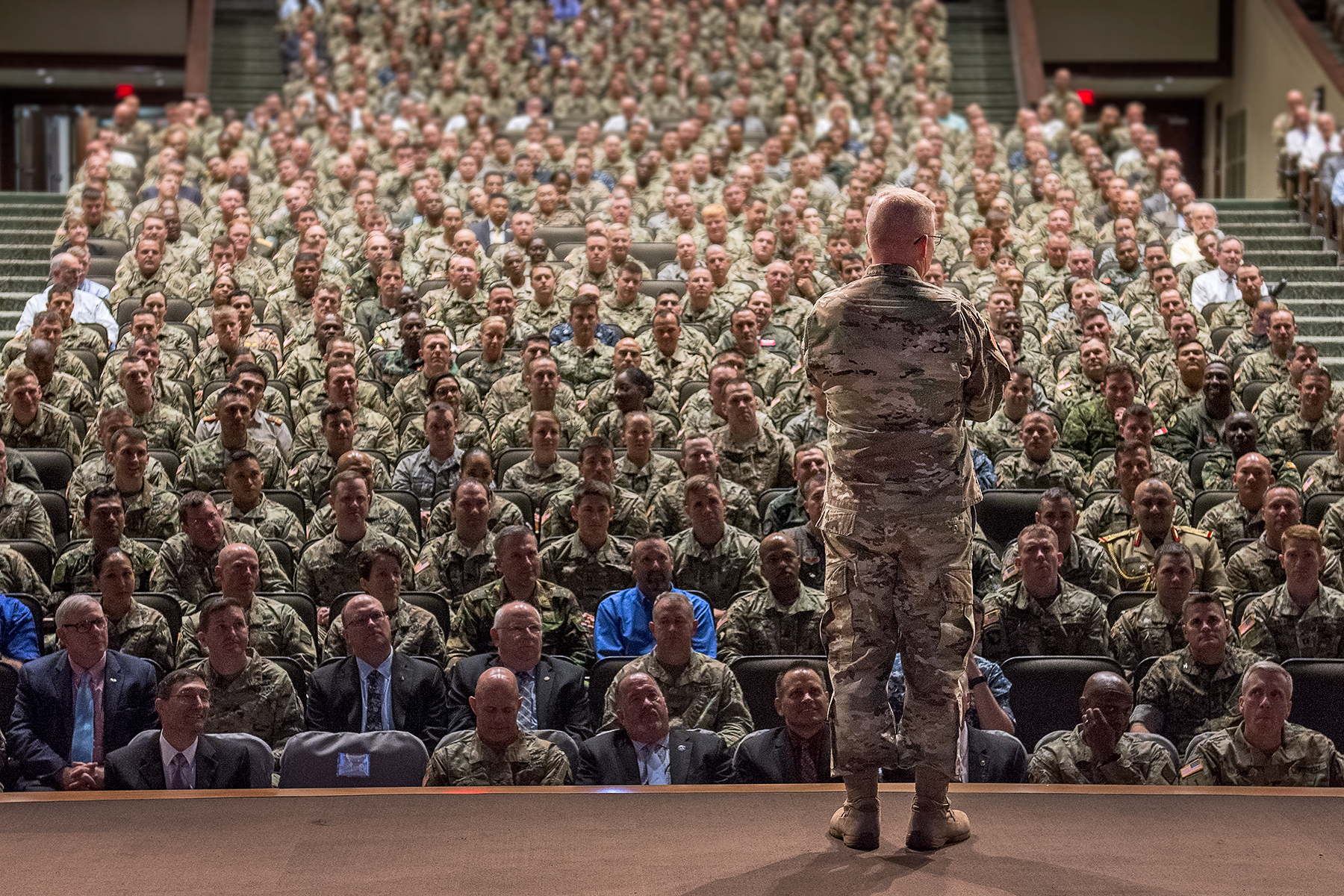 There is something to the saying, … ‘to be young and conservative is to have no heart; to be old and liberal, to have no brain.’ Majors apparently stand at the heart-brain intersection.

In my seven years working for the U.S. Army, perhaps the most surprising characteristic of the Army – surprising at least to me, a slacker anarchist civilian with little prior exposure to the military – is its tendency to be utterly and mind-numbingly boring. Of course, I should not have been surprised by this. Boring is the modus operandi of gigantic bureaucracy. When I started WAR ROOM, I really, really did not want to be boring, because it is fatal to attracting an audience. The Army can mandate that hundreds of thousands of people drool their way through annual information assurance training (hint: don’t let a total stranger borrow your government cell phone) but, alas, it will not mandate that people visit WAR ROOM to read our articles and listen to our podcasts. Hence our first commandment: Thou shalt have no other priorities before keeping it interesting. In developing WAR ROOM, we quite shamelessly borrowed from the model used so successfully by War on the Rocks: use an open submissions process, and welcome new writers who have interesting things to say. The importance of keeping it interesting is perhaps better captured in its more entertaining variant, the “inverse Thumper rule”: if you only got nice things to say, don’t say nothin’ at all.

No article run on WAR ROOM has demonstrated the power of the inverse Thumper rule better than “New Recruits Get Two Blankets; Mobilizing Reservists, One,” by Major Garri Hendell. It remains to date WAR ROOM’s most read (or at least viewed) article. What else has been exceptionally interesting to our readers? The second and third most-viewed articles on WAR ROOM are, respectively, “How to Win an Argument in the Pentagon,” by Major Ted Zagraniski, and “The Seven Deadly Sins of Army Mentoring,” by Lt. Colonel Raymond Kimball. Together, these three articles attracted more readers than our thirty least popular articles combined.

In the grand tradition of drawing universal conclusions from anecdotal evidence, what does the popularity of these three articles teach us? What do they have in common? All three articles focus on the internal leadership dynamics of the Army, and are to some extent critical of those dynamics. They also were written by officers at similar stages of their careers. Indeed, the top two were both written by Army majors.

What might make majors prone to say something interesting? I posed this question to a colleague, who said (only half joking), “They have little power, and they’re all angry.” There is some truth to this, but I would diplomatically modify it:

I would also add the following the “why Majors are interesting” argument:

The modern, bureaucratized military is a gerontocracy: rule by the old. General officers are (ahem) generally older than their subordinates. This is wonderful for preserving and conserving, but not great for generating change. There is something to the saying, variously formed and attributed, “to be young and conservative is to have no heart; to be old and liberal, to have no brain.” Majors apparently stand at the heart-brain intersection.

Relative youth is a common feature of many of history’s greatest innovators and revolutionaries in faith, business, politics, science, the arts, and warfare. Mohammed was 40 when he recounted his first visits with the angel Gabriel. Jesus was 30 when he began his ministry. Alexander was 25 when he defeated the Persian King at Gaugamela. Hannibal was about 30 at Lake Trasimene, and 31 when he obliterated a Roman army at Cannae. Augustus was not quite 28 when his forces defeated Antony’s at the battle of Actium in September of 31 BCE. Genghis Khan was comparatively old, in his mid-40s, when he united the Mongols. Joan of Arc was just 16 when she commenced the campaign that made her an icon of France. Admiral Nelson was 39 at the Battle of the Nile. Napoleon was 36 at Austerlitz. Mao was just short of his 41st birthday when he led the Long March. Newton was in his mid-twenties when he began development of calculus. Einstein was 26 when the four papers of his miracle year were published in 1905. Wilbur and Orville Wright were 36 and 32, respectively, at the time of their first flight at Kitty Hawk in 1903. John D. Rockefeller was his early 30s when he started consolidating his control of oil refining under the banner of the Standard Oil Company. Ada Lovelace was in her mid-20s when she wrote the first computer program. Steve Wozniak was 25 when he, Steve jobs, and (trivia question) Ronald Wayne founded Apple computer. Orson Welles was 25 when he made Citizen Kane.

Of course, radicalism can cut both ways. Younger people may also be more likely to say or do stupid or awful things. Robespierre was in his mid-30s when he led the movement to execute Louis 16, and shortly thereafter led the infamous committee on public safety, which orchestrated the reign of terror (before suffering the fate of his victims). Hitler was 32 when he assumed leadership of the Nazi party.

The lesson here, apart from confirming that I am well past my prime and have woefully underachieved in my life (on the plus side, in avoiding doing anything notable, I managed to avoid doing anything notably bad), is that majors — or people situated as they are, be they junior academics or up-and-coming outsiders — with their insight somewhere en route from their hearts to their brains, are more likely to have interesting and important things to tell us. I hope that we keep listening.

Andrew A. Hill is Editor-in-Chief of WAR ROOM.

Photo: Lt. Gen. Mike Lundy, Commanding General of the U.S. Army Combined Arms Center at Fort Leavenworth, Kansas, and Commandant of Command and General Staff College (CGSC), in a Q&A session with the CGSC class of 2018 on Aug. 14, 2017.