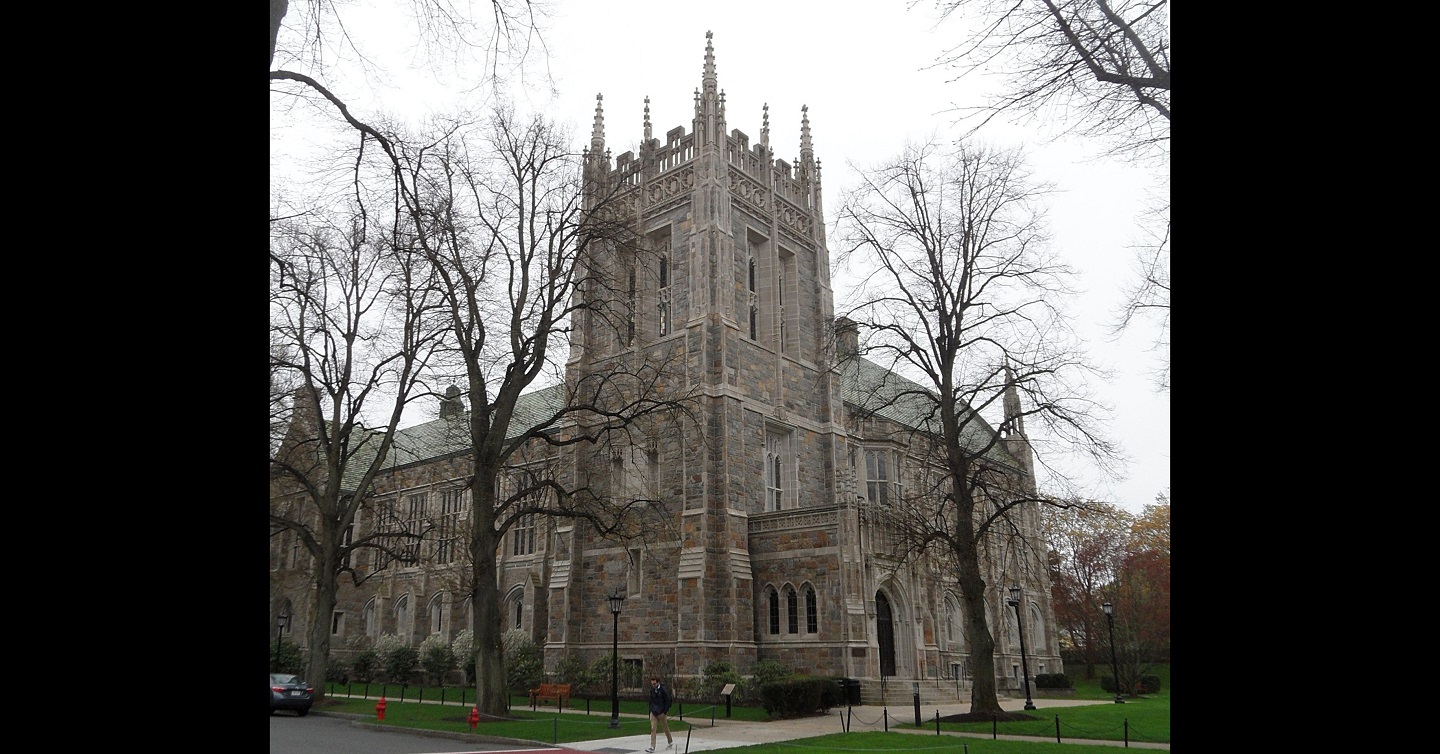 In this first episode our podcast editor Ron Granieri is joined by War College students Joe Buccino, Sam Smith and Vianesa Vargas. In their conversation they try to answer the overarching question, “How does an institution built on uniformity reflect the very diverse society that it defends? And how does the military accomplish diversity and inclusivity while maintaining unit cohesion and readiness?”

Photo Description: Boston College, Burns Library building, northeast view; in April 2019. Boston College was one of the many venues that was on the schedule for the Eisenhower Program but was cancelled due to the COVID-19 Pandemic and DoD Travel Restrictions.