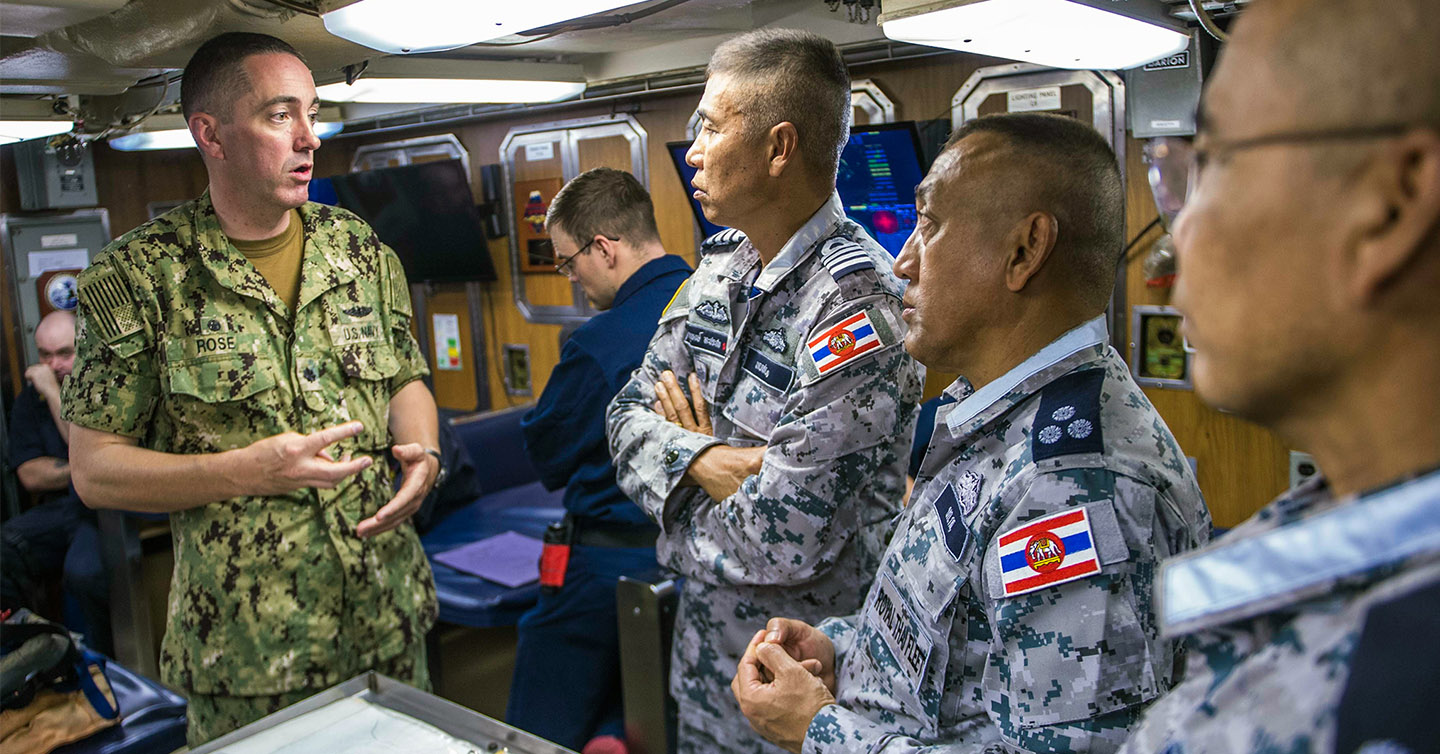 This is not going to look like US-Soviet competition. … Countries in Southeast Asia — they don’t want to choose.

This episode is the second in a series of releases on the Emerging Environment in the Indo-Pacific Region, produced in collaboration with the United States Military Academy at West Point’s Department of Social Sciences as part of the 2019 Senior Conference.

One of the central features of the Indo-Pacific region is the importance of alliances and partnerships. For the United States, five of its seven mutual defense treaties are in this region, and working together on issues from deterrence to proliferation to security to humanitarian assistance and disaster relief is a critical element of strategy. But these alliances and partnerships require plenty of care and maintenance. How do these partnerships affect U.S. policy and strategy?

A BETTER PEACE welcomes two experts in this area. First is Dr. Tanvi Madan from the Brookings Institution. Tanvi is an expert on Indian security and on India’s relations with China and the United States. Second is Ms. Lindsey Ford from the Asia Society Policy Institute. Lindsey previously served in a number of roles in the Office of the Secretary of Defense from 2009-2015, most recently as the Senior Adviser to the Assistant Secretary for Asia-Pacific Security Affairs. A BETTER PEACE Editor-in-Chief Jacqueline E. Whitt moderates.

Tanvi Madan is is a fellow in the Project on International Order and Strategy in the Foreign Policy program at the Brookings Institution and director of the India Project. Lindsey Ford is the Director for Political-Security Affairs and Richard Holbrooke Fellow at the Asia Society Policy Institute. Jacqueline E. Whitt is Professor of Strategy at the U.S. Army War College and the Editor-in-Chief of A BETTER PEACE.