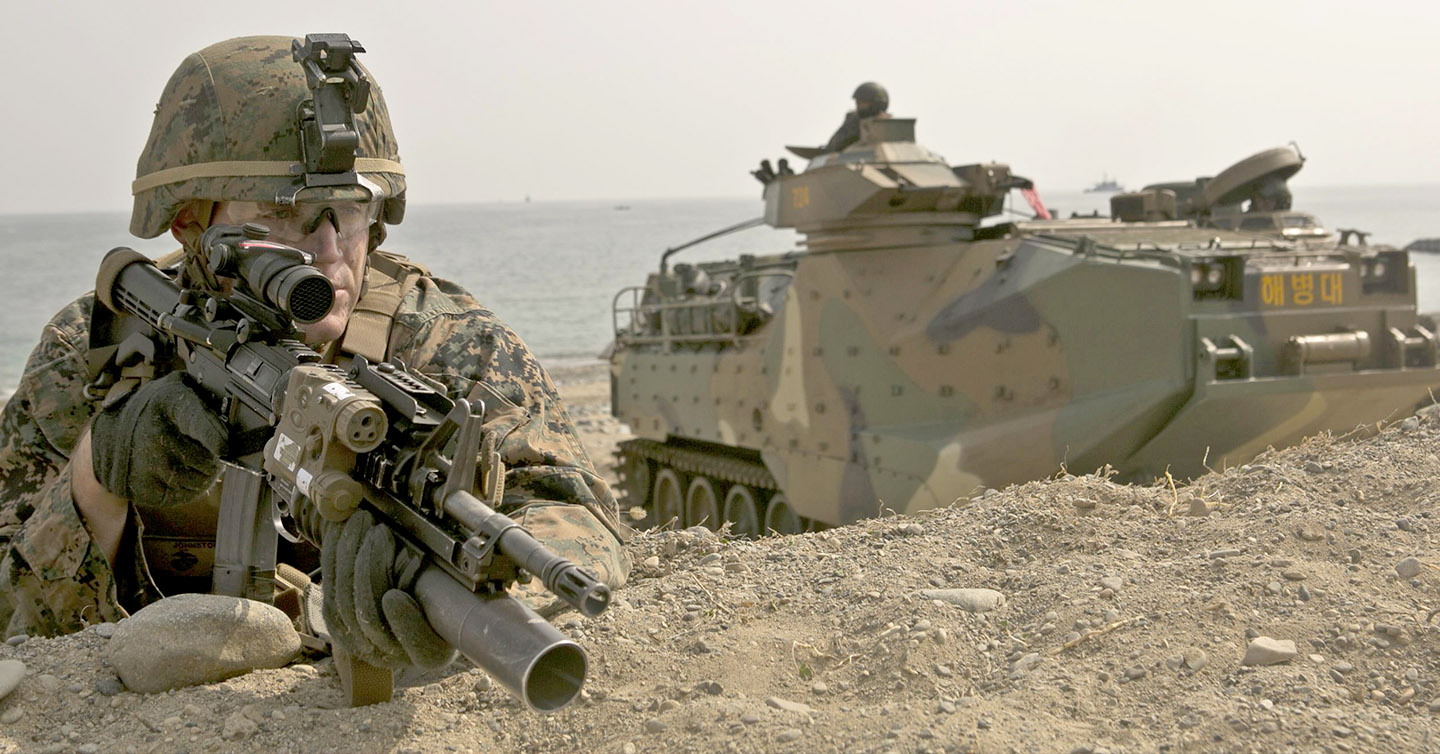 This episode is another in a series of releases on the Emerging Environment in the Indo-Pacific Region, produced in collaboration with the United States Military Academy at West Point’s Department of Social Sciences as part of the 2019 Senior Conference.

Can the U.S. count on having a persistent competitive advantage in the Indo-Pacific region? Not likely, say today’s guests who were part of a major U.S. Army War College research project on Indo-Pacific Strategy. Rather than a persistent strategy, research participants Nate Freier of the Strategic Studies Institute and War College resident student Dana Tucker suggest that the intensity of competition means that any advantage will be temporary and transient. What does that mean for U.S. strategy in the region? And, what does it mean for a free and open Indo-Pacific region? WAR ROOM Social Media Editor Buck Haberichter moderates.

Photo: U.S. Marine Cops Cpl. Gary Johnston provides security during a beach landing exercise with Republic of Korea (ROK) Marines in the vicinity of Pohang, South Korea in 2015 as part of the Korean Marine Exchange Program 15. The program enhances amphibious operations between ROK and U.S. forces that contributes to security and stability on the Korean Peninsula as well as the entire Asia-Pacific region.