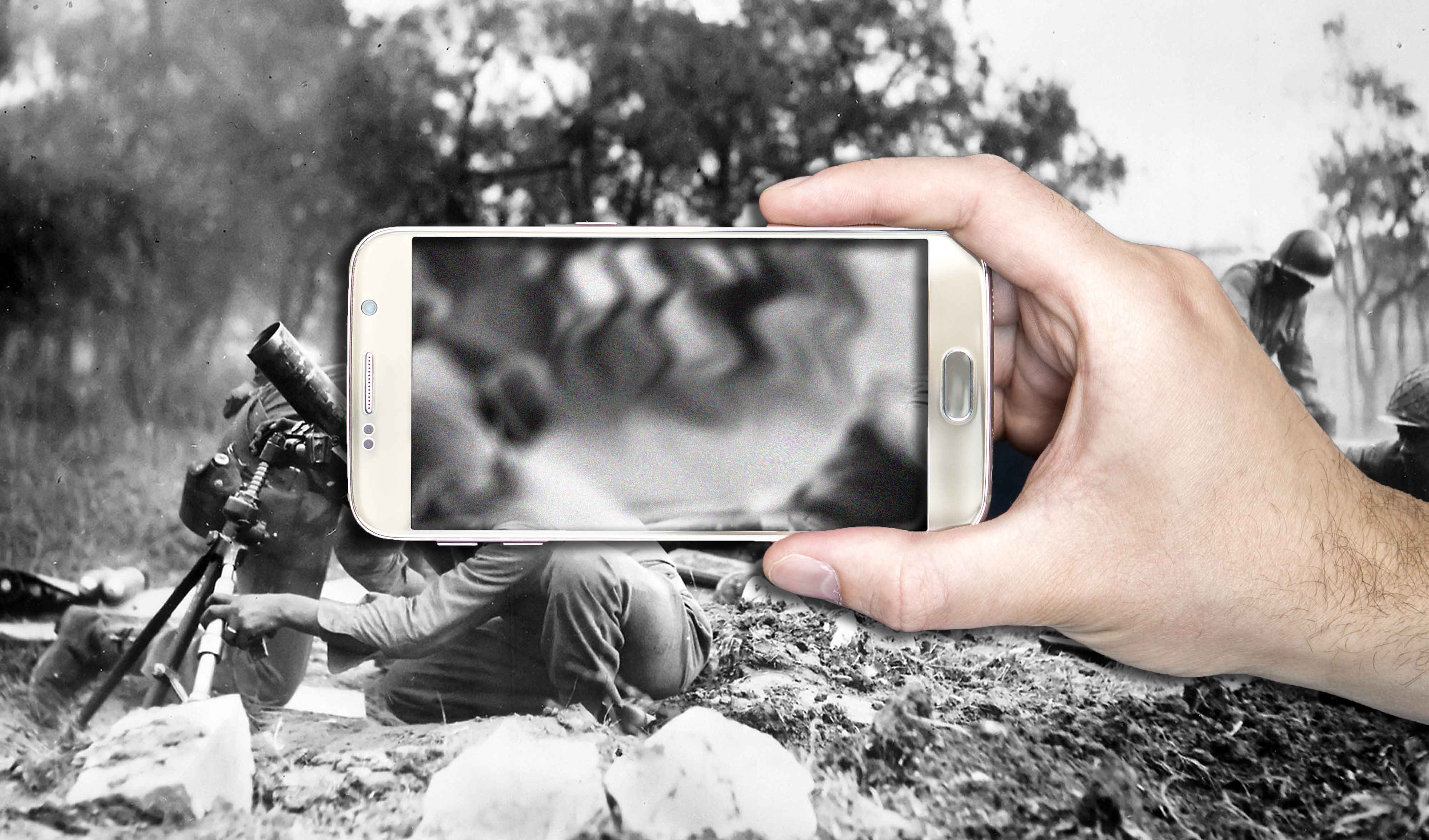 [Americans] are latching onto narratives that they want to believe, regardless of how untruthful it may be

The war on reality is taking its toll. Daily, millions of people find there is somewhere they would rather be than the here and now. Numerous companies, states, and non-state actors provide a never-ending array of alternatives to reality, benefiting from the desperate desire to escape the negatives of every-day life. This is the third facet of the information apocalypse, following the systematic breakdown of trust in societies and institutions, and the increasingly personal attacks on the character of those left in the wreckage behind. Alternative realities are becoming more and more attractive, and increasingly do more than distract or entertain. Of course, the desire to escape reality is not new, from “bread and circuses” in ancient Rome, to narcotics and television in the 20th century. Yet today’s virtual escapes somehow hold even more potential to supplant reality, as we immerse ourselves in video games, construct Instagram-optimized versions of ourselves, and pass the hours in endless other diversions in the “black mirror” world (to borrow writer Charlie Booker’s term) of smartphones. These false, technological narratives can replace failed relationships, ease disappointments, build new worlds, and absorb us entirely. What we don’t see are the lies and deceit that often mask their true nature.

Technology is the enabler for new realities. In 2018 we saw a global drop in measures of trust as faith in institutions faltered and distrust in the news media increased. There was a growing fear that, overwhelmed by fake news, a coarsening of public life, and the proliferation of not only theft, but attacks on reputation and standing, that the majority of Americans would withdraw. It didn’t happen. Instead, they are latching onto narratives that they want to believe, regardless of how untruthful it may be.

Engagement with news is up 22% from 2018. One would expect to this to bode well for journalism – greater public involvement should mean the more thorough the fact checking and increased awareness of scams, falsehoods, and hacks. Indeed, some of the news is encouraging. More Americans are involved in grassroots movements from #MeToo, to #NeverAgain. Last fall’s midterm elections voter turnout was huge, and independent news sources are rallying.

But populism and polarization are enabling our enemies in this war on reality. The enemies are not the technologies themselves – social media, gaming, AI, or even augmented/virtual/mixed reality. The obvious enemies of public good are those who use these technologies to advance nefarious purposes – to sow hate speech, to hack, to steal, to radicalize, incite violence, influence elections, or undermine democratic institutions. But such criminal actors may not be the most dangerous ones when it comes to technological opium for the masses.

Functioning, democratic, capitalist societies today may feature enemies that are more insidious and less visible than the criminals mentioned above, because their motives are benign (or at least not criminal) and rooted in the economic values of those societies: the entrepreneurs, designers, marketers who develop (sometimes with the help of scientists) software and hardware that is calibrated to grab our attention and never let go. In America, especially, we love entrepreneurs; they are heroes of our economic system. Yet a disproportionate part of the best and brightest of the current generation of entrepreneurs has spent its genius and energy crafting addictive experiences that pervert perception, kill creativity and ambition, strangle decision-making, and lure people away from reality.

Are big tech firms our enemies, as some have suggested? Government efforts to regulate them and how they protect the data of individuals and corporations is growing. While many countries now, particularly those in Europe, focus on firms like Facebook and Google, America has thus far remained restrained in attempts to control these giants. Yet this battle is not over and it is not just about gathering data in order to show ads. We are entering a period when control of the information domain (and control of our choices) is the issue. We are accustomed to control via the human in the loop, but that is weakening. Our attempts at re-asserting control through legislation or litigation are not working. Worse, those tactics are becoming very predictable.

Yet, the battle lines in the EU are ratcheting up. In February, the British Parliament said that Facebook and other tech companies should be subjected to a code of ethics that would govern privacy protection issues and the laws for protection of competition. Germany has already ordered Facebook to curb its data collection efforts there.

France has fined Google $57 million for breaching its new data privacy rules. French regulators said Google lacked transparency in gathering data to show targeted advertising and that user agreements were improperly executed. This is the first time a tech company has been fined since the EU’s General Data Protection Regulation (GDPR) went into effect in May, 2018. There are certain to be many more.

There is no clear agreement on the best way to tackle technology’s growth, protect privacy, and curb data collection. No one path has emerged as the clear winner in building support for a way forward, not by governments, or within big tech firms themselves. These companies are dealing with issues from data breaches, to hate speech, hacking, and manipulation by foreign entities and non-state actors. They are still reacting.

In recent years, we have seen signs that tech companies are waking up to their naiveté. Yet their surprise that their creations can be used in ways they never programmed, designed, or conceived is itself surprising, revealing a troubling lack of insight and maturity from people with so much power. They and we have a lot to learn to protect ourselves better and still function – not just in society but in the military where the CAC card is our primary entry key. One day, and that day may not be far off, our enemies will find a way to stop its use or get inside themselves. Will we be ready?

To what extent might gaming mask the reality of war?

We need increased education, user awareness and a greater focus on individual as well as corporate responsibility. Tech companies should help users to determine the truthfulness of available information and be able to recognize sites and scams with ill intent, all without violating individual rights either to offer opinion or purpose. The bullies can be brought down but the rules of engagement here still aren’t clear.

Artificial intelligence has many definitions, but it broadly refers the combination of software and hardware to make choices requiring reasonably sophisticated cognitive processes. AI uses algorithms to make sense of data that is inputted and while science fiction movies often depict how disaster results from the machines taking over the humans, the role of AI in society at large is still relatively small. Yet it is already pervasive, and in use across a broad spectrum of business and government.

AI is used by numerous HR offices to review resumes for job hunters. Virtual assistants like Amelia, can even assist veterans with completing online forms for compensation claims. While employers may think the automated approach is more efficient and candidate-friendly, applicants and customers often find the approach impersonal and frustrating. AI’s decision-making algorithms can be gamed and subverted by the savvy and sometimes even by chance. Isn’t everyone doing it to get an edge? Find a job? Make a claim? AI’s presence is often invisible, but its indifference to the individual human is becoming a significant influencer on behavior.

The robots may already be here, but the emphasis on the human aspect of leadership, personal interaction with the machine, and leader involvement are only going to grow as the pace and applications for AI increases. The arrival of 5G networks will only increase the speed of many applications, and make other advances not only popular but inevitable.

Global gaming continues to grow in popularity and find new ways to connect with expanding audiences. Jane McGonigal wrote in her 2010 book, “Reality is broken. Game designers can fix it.” That view of game appeal appears real, certainly fantasy worlds may seem like a terrifically attractive alternative to reality.

Fortnite, the wildly popular first-person shooter game, had over 200 million players by November 2018, with an average of 8.3 million players online at any one time. The game continues to break records, holding a virtual concert with an avatar for the electronic dancer-producer Marshmello in early Feb. The ten-minute concert attracted millions of viewers and the promotion racked up more than $30 million in sales of virtual goods, from weapons to clothing, to dance moves.

There are other avenues to access separate realities. Virtual reality (VR), which at this time requires specific equipment to use, such as a headset and goggles, makes video games much more of a sensory immersion, while augmented reality (AR), which composites the real and virtual world, has potential we cannot yet grasp. The Augmented Reality Sandtable is already proving an inexpensive way to conduct a digitally interactive rock drill with multiple user, multiple site, and participation options. The 3-D battlespace map is easier to use, faster to set up and can improve and speed up decision making.

It also makes war unreal. To what extent might gaming mask the reality of war, such that gamers inspired to serve by endless nights playing Call of Duty find themselves overwhelmed in a real shooting war? How will future soldiers deal with the uncertainties and fog of war that were not programmed into the games they were playing? How will they respond to real-life injuries or trauma?”

We are struggling with the role of truth in the Wild West of reality, both physical and virtual. Governments and institutions are trying to find a way to regulate and thus hold onto traditional standards for objective truth and maintain flat standards for determining the rules of engagement. Our enemies do not care. They want to find a way into our programs, our bank accounts, classified plans, security systems, and ultimately into our heads. It’s all about control.

Leaders must keep a finger on the pulse of change, use tech developments to develop force capabilities, capitalize on emerging opportunities to surge ahead, and build solutions for a more lethal force. Even as we look to forge the future, it is time to heighten our defenses.

Tighten the screws on your social media presence, double password protect your investments and bank accounts, fact check your trusted news sources and stay alert. Fasten your seat belts, it is going to be quite a ride.