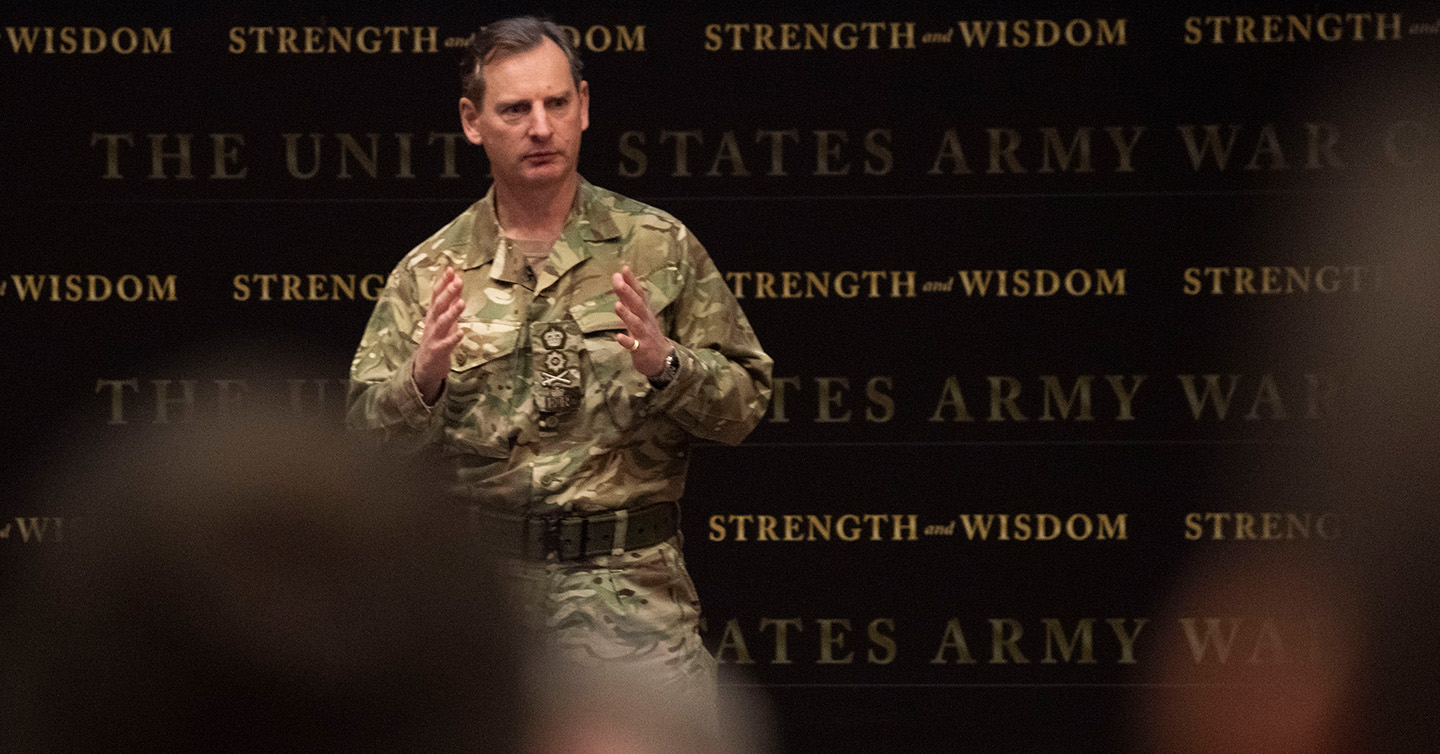 A BETTER PEACE welcomes General Sir Mark Carleton-Smith to the studio to discuss his perspectives on strategic leadership and balancing continuity with the need for change. The British Army has a very long history, and General Carleton-Smith addresses the importance of remembering and maintaining that history, especially today with emerging views that robust land-based forces and capabilities are no longer relevant or necessary. Decision making at the strategic level, therefore, balances the past, present, and future of the force while synthesizing military conceptions of risk, success, and failure with those of the political leaders. A BETTER PEACE Editor Jacqueline E. Whitt moderates.

Mark Carleton-Smith is the Chief of the General Staff in the British Army and was the 73rd Kermit Roosevelt lecturer. Jacqueline E. Whitt is the Editor of A BETTER PEACE: The WAR ROOM Podcast. The views expressed in this presentation are those of the speakers and do not necessarily represent those of the U.S. Army War College, U.S. Army, or Department of Defense.

Other releases in the “Senior Leader Perspectives” series: