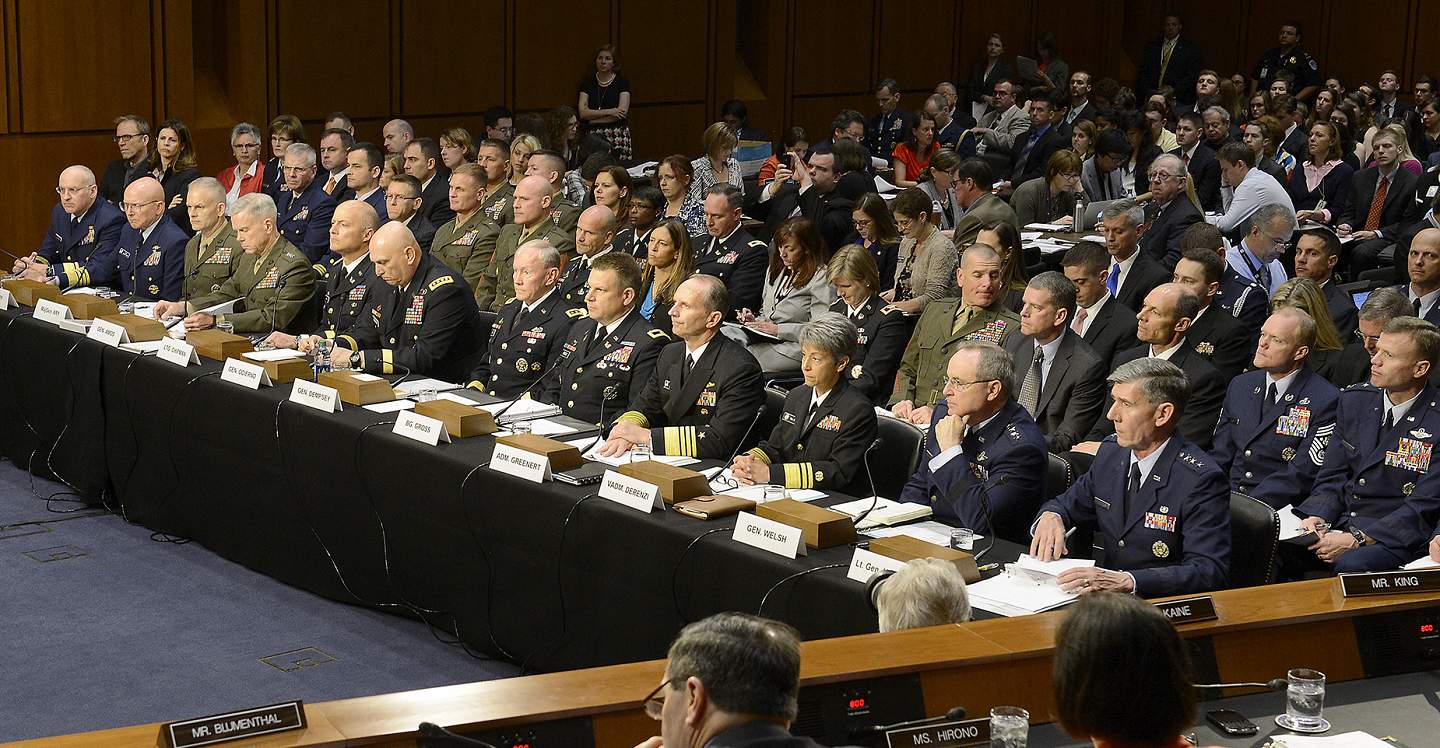 “People grant their trust based on two distinct considerations: competence and ethical behavior.”

Just days before the Davos International Economic Forum in January, global public relations firm Edelman Communications released the 2020 Trust Barometer. The result showed trust in institutions at record lows. CEO Richard Edelman described the results as presenting a paradox between increases in economic performance and the lifting of large numbers of people out of poverty against the record low trust in institutions. He attributes several factors such as concerns over “corporate malfeasance, government corruption, [and] fake news.” The onset of the COVID-19 pandemic has done little to allay these concerns. If anything, perceptions of incompetence and a lack of ethical behavior appear to have gotten stronger.

Skepticism and mistrust have been growing despite generally good economic news over the past several years. This lack of trust is at the heart of the Information Apocalypse, now deeply embedded in all democratic institutions.

While competence is basically the ability to get the job done (or in military terms, completing a task to standard), demonstrated performance alone is not enough. For institutional leaders to be trusted and respected, they must be seen as high performing but also ethical. Ethical leaders are those who exhibit behaviors characterized by honesty, fairness, and respect for others.

The Edelman survey reveals that ethical behavior by leaders is regarded as three times more important than job competence. As the January report explains, global leaders have demonstrated great competence in the past year. Consider the evidence presented. The global economy was strong. Unemployment was at near record lows. Even violent crime was down. Over the past 20 years nearly a billion people around the world have risen out of poverty. With all this good news, why would trust hit rock bottom?

It is the perceptions of ethics and ethical behavior that present the paradox. This is because fear is overtaking any sense of progress. “The essential truth is: people are scared,” Edelman commented. “Their fears are overcoming their hopes.” The gap between the haves and the have nots has been widening. Fears about the future are rampant. Respondents noted their unease with both democracy and capitalism. More than 57 percent of survey respondents said that government serves the interests of the few.

But this was in January. Like telltale tremors before a major earthquake, these results were revealed just before the COVID-19 pandemic wiped out what little trust in democratic institutions remained. Beyond the immediate horrors of the virus’ invisible spread, death tolls, and isolation, the coronavirus pandemic exposed deep fissures in the veneer of civilization. The growing inequity in wealth distribution was laid bare and the glaring disparity in access to education, availability of health care, and opportunity for advancement was evident across class and racial lines. Long lines at food distribution centers showed just how many Americans were living close to the edge. Elected leadership failed to establish a consistent approach to dealing with the virus across the nation and trust continued to plummet. There is still limited confidence in the competence of business leaders and in the ethical behavior of nongovernmental organizations, but faith in both the competence and ethics of elected leaders and government proved seriously lacking.

Crisis situations put a lot of focus on leaders, who are looked upon to rise to the occasion. One ethical requirement for leaders is that they meet the mission while protecting their subordinates. This is important as various professionals were among the first to step forward during the COVID-19 pandemic. They dealt with the effects of the crisis directly with the people most affected and assumed great personal risk while doing so. Early on, media reports highlighted the sacrifices of health workers and those providing essential services, from grocery store clerks to truckers. Concurrently, military service was recognized anew as an expression of selflessness and personal courage. It was risky to enlist. And it wasn’t just doctors and nurses working with ill patients who were at greater risk of infection, servicemembers in uniform were also at risk, regardless of their daily routines. The necessities of military life – close living quarters and missions that render social distancing impossible – exposed more risk not only to operational security but to mission effectiveness.

Unfortunately, some actions by leaders undermined confidence in their leadership and raised questions about how much they care for their subordinates. When the virus struck the aircraft carrier Theodore Roosevelt, her captain wrote his chain of command. “We are not at war. Sailors do not need to die. If we do not act now, we are failing to properly take care of our most trusted asset – our sailors.” He was swiftly relieved of command. Next, the acting Secretary of the Navy resigned.

News reports stated the captain had placed sailor’s lives ahead of his career. That was the consensus by his crew on the ship. What did this situation reveal about military leadership, competence, and ethics – by both the officer and the Navy leadership? The answers to this question will be fully explored over time. One thing is certain. This leader definitely had the full trust and respect of his sailors. They thought his actions both competent and ethical. The case studies on this situation (and undoubtedly others yet to come) will continue long after a vaccine has been implemented, the raging virus at last brought to heel, and a new normal has been re-established.

Competence and ethics at the national level are even more important for re-establishing trust in institutions in general.

Another focus for leaders is the need to establish a climate for ethical action within the institution. In his recent book A Time to Build, Yuval Levin discusses how recommitting to institutions can revitalize the American dream. He said trust is based on “the belief that institutions have an internal ethic that makes their members more trustworthy.”

The inverse is equally true. One institution that has long been mistrusted for inconsistently applied internal ethic is the criminal justice system.  This includes the values sets of courts, police, prison systems and the individuals who represent them.  Following the videotaped murder of George Floyd at the hands of a police officer on the street in Minneapolis, the long simmering anger over treatment by police, the courts, and governments exploded in communities across the country. National Guard troops were deployed – many uncomfortably – to counter protesters. The Black Lives Matter movement became a rallying cry for social and cultural change across the U.S., and in cities around the world.  The Capitol Hill Organized Protest took over a large segment of Seattle’s downtown and declared themselves a police-free zone, preventing law enforcement from entering when the protest turned internally violent. Overall, the toll of years of police violence and abuses of authority have resulted in a staggering two-thirds of African-Americans polled showing distrust toward law enforcement.

Fixing the problems of police violence includes a number of actions, starting with broadly acknowledging the problem and taking immediate steps to transform police departments back to their professional ideals. Leaders have to be out front leading the transformations.

Competence and ethics at the national level are even more important for re-establishing trust in institutions in general. Professional leaders, such as at senior levels of the military, have to be aggressive yet cautious lest they be perceived as partisan. Chairman of the Joint Chiefs, GEN Mark Milley recently apologized for taking part in a photo op with the President after White House protestors were dispersed using tear gas and rubber bullets. “I should not have been there,” he said, aware that his presence gave the appearance of military involvement in domestic politics. He later repeated those comments during graduation ceremonies at the National Defense University.

First, he addressed the competence of the American military, noting the world order established following World War II is now under stress. He said, “We are, indeed, leading the Joint Force in dynamic and uncertain times. The recent medical crisis has cost over 100,000 American lives, and it has stressed our health system, our economy, and the social fabric of our communities. All of these challenges and many more will exist in the national security framework under which you, each of you, will operate as senior officers.”

Then he talked about his personal values and the military ethic. “And while the military sets an example for civil society through our inclusiveness, we too have not come far enough. We all need to do better…. Our responsibility as military leaders is to ensure that each and every one of our service members is treated fairly, with dignity and respect, and each of them is given equal opportunity to excel.”

Through the honest admission of a mistake and a recounting of how he learned from it, plus his values-driven commitment to the Constitution, Gen Milley righted the American military’s focus from its recent and seemingly dangerous tilt away from adherence to the military ethic and values. If citizens and soldiers cannot find that balance of ethical behavior, conscience, and competence in their national leaders, they must be able to find it clearly visible in their leadership within the Department of Defense. This is critical not only internally to the institution, but to the nation’s relationships with its allies and international partners. Leaders at all levels must be particularly aware of the necessity to adhere to core values of fairness, impartiality, leading change, and standing firm in the face of not only political influence but also the potential to refuse orders that go against the military ethic and the rule of law.

It is critical that those elected or selected to lead in uncertain times must display not only competence but the highest levels of ethical behavior. In the military, an institution built on the bedrock of trust, it is imperative every soldier have the utmost confidence in the competence and ethical compass of their leaders. In uncertain times, particularly as other democratic institutions may appear unsteady, our uniformed leadership will continue to lead the way.

This concept fully encompasses that which we subscribe to as the Profession of Arms. Even as institutions begin to rebuild in the wake of the pandemic, we can reasonably expect that one institution, the U.S. military will continue to lead the way in terms of developing trust, maintaining shared values and an ethical posture, and in growing leaders. The Apocalypse may be upon us, but the drive for social and cultural change is showing the way for institutions to lead.

Photo Description: The chairman of the Joint Chiefs of Staff and the service chiefs from each of the military branches appear before the Senate Armed Services Committee June 4, 2013, in Washington, D.C. to testify about combating sexual assault in the military.