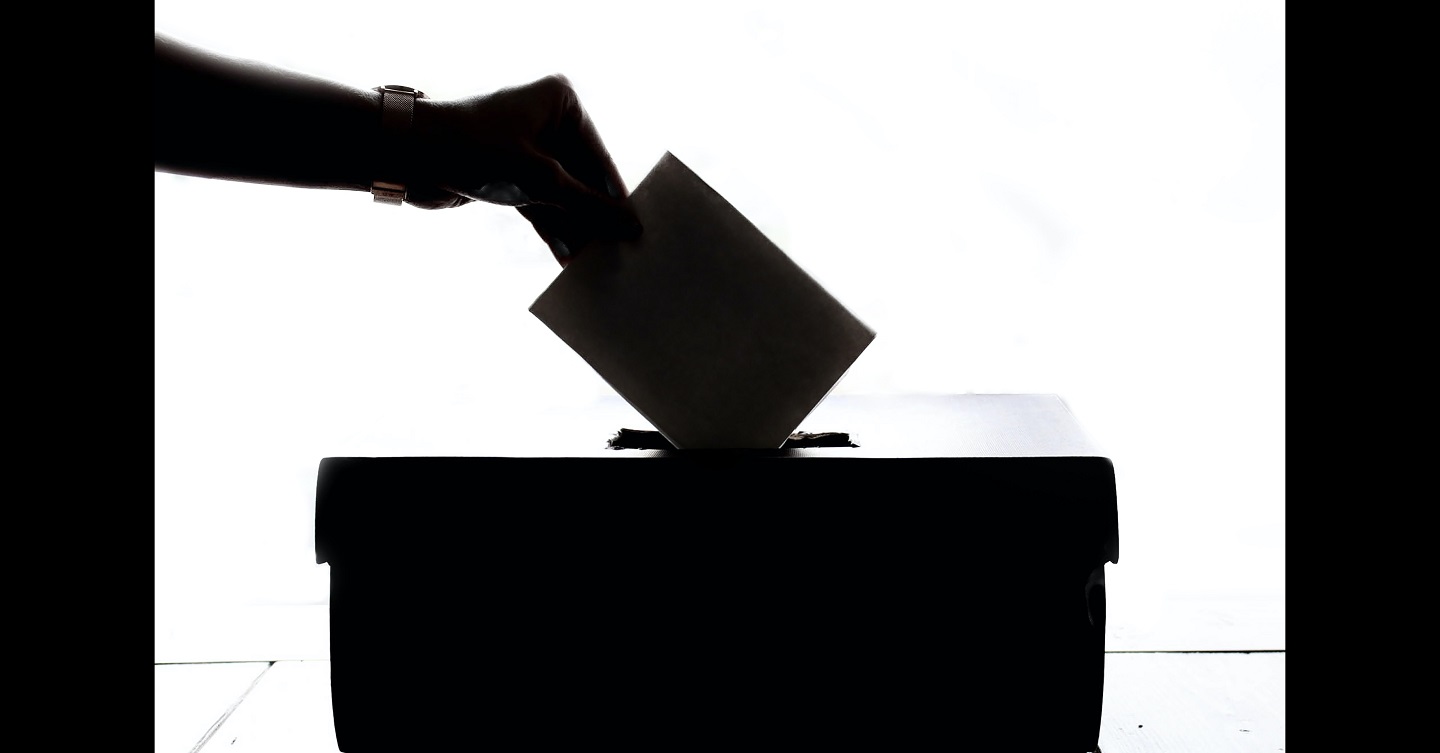 So long as we have enough people in this country willing to fight for their rights, we’ll be called a democracy.

Studies, polls, and surveys continue to demonstrate that Americans’ trust in democratic and civil-society institutions is at rock bottom. Given that fact, how can Americans approach upcoming elections with any semblance of confidence in the voting process and even in the outcome of election results? Fears are multiplying: whispers of election interference by Russia or China, or both; voter fraud via mail-in ballots; voter registration restrictions; and pandemic-driven fears about in-person voting. Rumors and disinformation abound. It could be enough to make ordinary citizens throw up their hands and stay home, heads under the blankets until the whole sordid mess is over and done with. Let someone else deal with it all. And besides, one vote won’t really matter, especially if the whole system is suspect.

While we are aware that, by their very nature, democratic institutions may be susceptible to disruption, overreacting to the threat may be worse than the threat itself. (And it is worth saying, of course, that purposeful manipulation and amplification of these fears shouldn’t occur.) We need a deeper assessment of what is actually occurring, not more hand-wringing and fear-mongering about what might happen. In this regard, objective and unbiased news reporting by media outlets should help, but media institutions and its reports and journalists are included in the institutions in which there is growing distrust. Even clear-eyed assessments and observations of electoral processes may be suspect as well. Confidence in the process may well have to be experienced first-hand, such as through tracking one’s own ballot or voting in person at a polling place either early or on election day.

Several risks to the 2020 elections in the United States are apparent. The first is the concern that a foreign government is working to interfere with the election. In 2016 and in subsequent U.S. elections, Russia interfered in the democratic process in a sweeping and systematic manner, promoting one party’s candidate over another, messaging to affect Congressional races, and sowing general discord and distrust in America’s elections via social media. The main features of their campaign included hacking campaign servers, using internet trolls and bots that repeated false narratives, intrusion into state election systems, messaging designed to limit African-American voter registration, targeting voting blocs and institutions, and widespread hacking of internal voting management systems. The Intelligence community reacted strongly, and numerous investigations ensued. The lingering bitter taste in the public’s mouth meant that future elections would likely be targeted again, leaving voters both nervous and afraid.

In the interim, tech companies have ramped up their efforts to contain political ads and to find and remove manipulative posts, misinformation, and fake accounts. In September, Facebook published a major report, “Removing Coordinated Inauthentic Behavior,” on their efforts to manage such behaviors. The social media company reported that they took down 200 accounts, 55 pages, and 76 Instagram accounts. The report noted that the majority of the activity on the Facebook platform originated largely in the United States and targeted primarily American audiences. In October 2020, Twitter published a new “civic integrity policy,” which states: “You may not use Twitter’s services for the purpose of manipulating or interfering in elections or other civic processes. This includes posting or sharing content that may suppress participation or mislead people about when, where, or how to participate in a civic process. In addition, we may label and reduce the visibility of Tweets containing false or misleading information about civic processes in order to provide additional context.” Twitter also began adding warnings to potentially-misleading content and also throttling the ability for some stories and posts to be shared, in an attempt to shape what might go viral in this election season.

U.S. Intelligence agencies alleged China interfered in both the 2016 and 2018 elections, but when confronted with accusations about 2020, the Chinese Foreign Minister stated China ‘is not interested’ in interfering in the 2020 process. Nevertheless, in June 2020, Google announced that China was observed targeting former Vice President Joe Biden’s campaign and that Iran was targeting President Trump’s staffers. It appears there is plenty of interest by foreign actors, state-sponsored and not, in affecting the outcome of U.S. elections.

But election interference does not always originate outside the country. There are plenty of opportunities for agenda-driven groups, political parties, and states to attempt to manipulate the election process internal to the United States. Voter suppression has been an issue in the United States, especially since the end of Reconstruction after the American Civil War. In the 1870s, to limit Black citizens’ access to the polls, some southern states instituted poll taxes; others opted for literacy tests; and the threat of extralegal violence repelled still more voters. These Jim Crow voting laws weren’t eradicated until the Voting Rights Act of 1965. Today, according to the American Civil Liberties Union (ACLU), voter suppression ranges from laws requiring voters to present a government ID in order to vote, purges of voter rolls, redistricting efforts to manipulate voting majorities, and systemic disenfranchisements.

If voter suppression is one major worry, then voter fraud lies at the opposite end of the spectrum, but the fears in this case are largely unfounded. The fear is that people who are ineligible to vote will cast ballots. Does it happen? Rarely. Voter impersonation is equally rare. More common are errors made by individuals or mistakes by administrators. But fear of interference far outweighs the potential for widespread fraud. This is fear mongering on a national scale, designed to undermine public trust in the process. In a recent New Yorker article on the perceived threat of voter interference, author Cora Frazer noted, “The challenge in making sense of disinformation operations is disentangling intent from impact.”

How will any impact of these election concerns be measured? In June 2020, President Donald Trump predicted the November presidential election will be “the most corrupt election in the history of our country,” claiming there would be widespread voter fraud if people were permitted to vote by mail. In fact, the move to postal voting has been endorsed by the Center for Disease Control and Prevention (CDC) as a solid option in the face of the continuing Covid19 pandemic. States that have long permitted mail-in ballots have reported no issues with widespread fraud. Servicemembers deployed overseas have long voted via absentee ballot. Eleven of the 16 states that restrict absentee voting, have relaxed the rules to permit absentee ballots for primaries, some for the national elections in November. Yet the fight continues, on a highly partisan basis. Meantime, the baseless stoking of voter fears concerning mail-in ballots rages on. This agitation effectively sets the stage for later claims of fraud and establishing a foundation from which to mount legal challenges to election outcomes.

Fears about in-person voting have likewise skyrocketed as the pandemic has affected all areas of public life. People have stood in lines for hours to vote in primaries during the first half of 2020. Sixteen states postponed primary elections – some several times – until they could figure out how to keep voters safe during their trip to the polls, and others looked for substitutions.      The challenge for voters now is to balance fears of contracting the virus due to in-person voting against fears that a mail-in ballot will be challenged or declared invalid. Add in a third factor, growing concerns regarding the U.S. Postal Service’s timeliness and ability to deliver, and voters face a conundrum. Those heading to the polls may also face protesters and legions of poll watchers if they vote in person. And there will be ‘hot spots’ where both parties will be concerned with voter choices. According to Axios, Pennsylvania, Wisconsin, North Carolina, and Georgia are at the center of the voting rights issue. “If elections are close in these states and some others, they could set off waves of protests and lawsuits over turnout, ballot access, and alleged fraud — and that could undercut the perceived legitimacy of the results.” These states are among the “swing states” whose results could determine which candidate secures the necessary 270 votes in the Electoral College.

As election day approaches, Americans are speeding towards a confrontation between the voter and the process, with all the roadblocks in between. And this confrontation is unlikely to end with the 2020 presidential election, regardless of its outcome. It doesn’t have to be this way. By thinking about election processes now–in the middle of election season–may prompt us to think about how to avoid these atmospherics in the future. There is much that can and should be done at all levels to restore Americans’ faith in the democratic process. Every single democratic institution has a role to play in securing the election process, and it would go a long way towards restoring trust for each of them to pick up the challenge and act.

Institutional responses to protecting the election process include:

But education is greater than training to task. Teaching history is an important part of understanding civics in a democracy. While an understanding of history is important to understanding context, managing anxiety about potential election outcomes and creating perspective are important because, to be a citizen of a democracy, one must learn how democracy functions and what role public institutions perform. Media literacy is a critical component of civics. In 2016, only 23 percent of eighth graders performed at the proficiency level in a nationwide civics exam. It begs the question: do we understand enough about what should be happening to realize when it doesn’t happen?

process? Certainly not. Undoubtedly, there may always be issues, such as the hanging chad disaster (incompletely punched voting cards) in the 2000 presidential election. But these measures can go a long way to improve straightforward and truthful communication. As such, they can also be effective at helping to restore confidence in the most basic of democratic processes: the election.