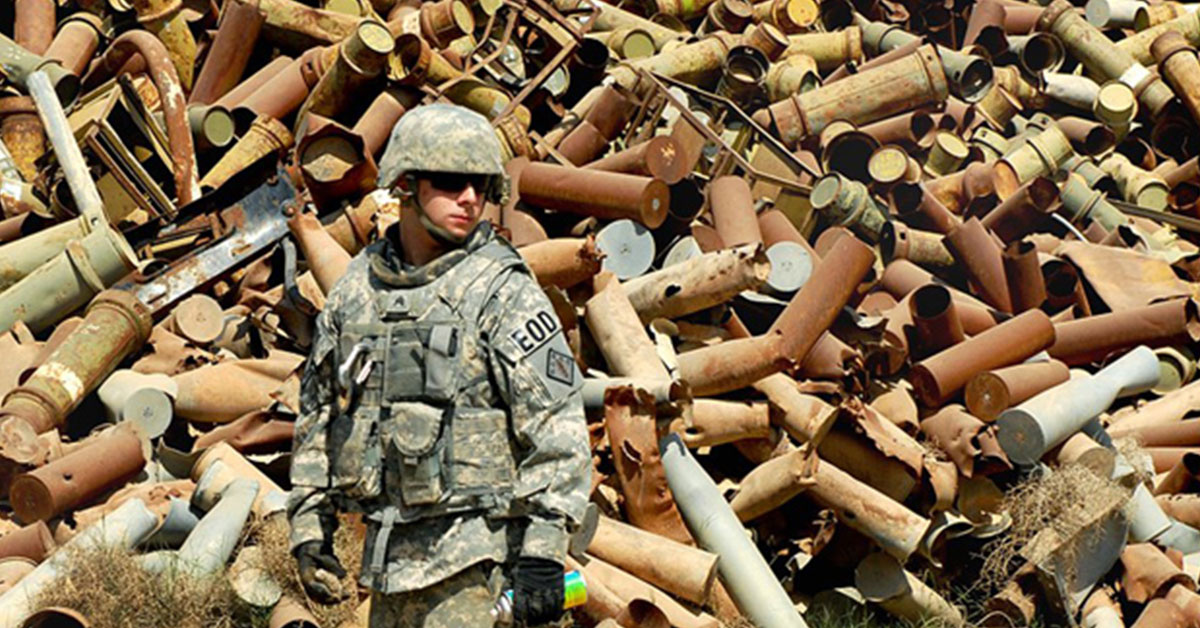 Explosive Remnants of War, or ERW, is a significant problem in former battlefields. For example, the landscape of Bosnia and Herzegovina after the Dayton Accords was littered with antipersonnel mines. Since 1996, more than 3,000 square kilometers of land have been cleared of mines but an estimated 150,000 devices remain. Landmines, ammunition stocks, and other hazards represent both present dangers, especially to innocent civilians, past reminders of the prior conflict, and potential flashpoints for renewed hostilities.

Humanitarian Mine Action, also known as “de-mining,” is a capability the U.S. has to safely remove and dispose of ERW. While this capability is high-risk, generally slow and methodical, and requires tremendous skill and knowledge; the benefits of restoring land to a safe, sustainable, and usable condition are extraordinary. It is also one way that the military can provide direct support to the other instruments of national power — diplomatic, informational, and economic.

Photo: U.S. Army Explosive Ordnance Disposal technicians from 20th CBRNE Command respond to dozens of unexploded ordnance calls a month, both on and off post.