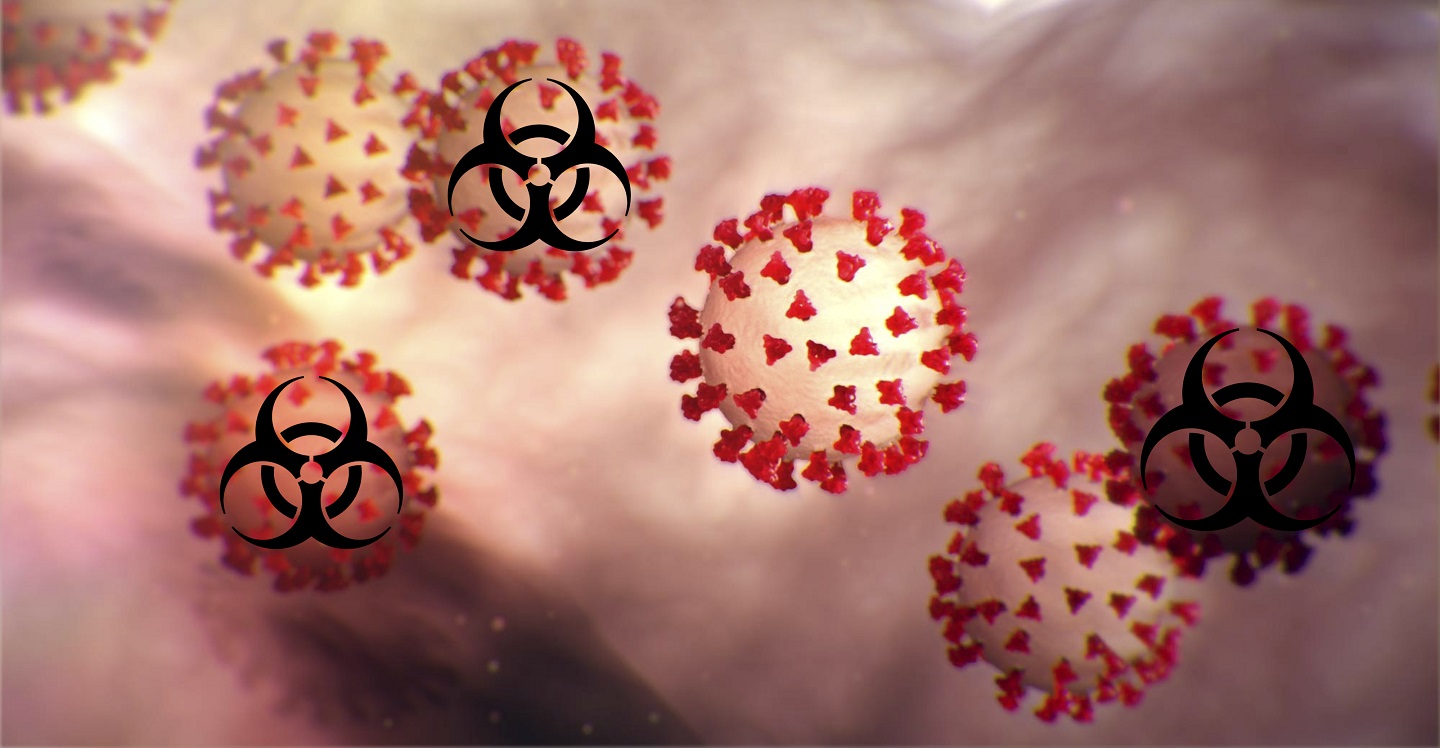 Any attempt to securitize a pandemic response must of course be mindful that a ‘war’ framework cannot be the only approach to fighting a pandemic, especially as our ‘fight’ is also against the socio-economic impacts of COVID-19.

The virus SARS-COV-2 may not be a biological weapon, but the effects of the disease it causes, known as COVID-19, has been on the level of a Weapon of Mass Destruction (WMD). There have been over 9 million cases of COVID-19 worldwide, the disease caused more deaths in New York City alone than were caused by 9/11.  The exceptional nature of the disease’s global scale, the risk to human life, the dislocation of the economy, and the strain on public infrastructure has made addressing it require ‘securitized’ responses.

The United Nations defines a WMD as “a class of weaponry with the potential to, in a single moment, kill millions of civilians, jeopardize the natural environment, and fundamentally alter the world and the lives of future generations through their catastrophic effects.” COVID-19, regardless of its origin, has acted like a biological weapon in both its performative and lethal aspects. As the world thinks about how to fight the pandemic, leaders may look to the global effort to halt the production, stockpiling, and use of weapons of mass destruction for both tactical and strategic approaches. Any attempt to securitize a pandemic response must of course be mindful that a ‘war’ framework cannot be the only approach to fighting a pandemic, especially as our ‘fight’ is also against the socio-economic impacts of COVID-19. The role of the military and non-proliferation sectors is critical in a public health crisis, but we must be vigilant about the effects of prioritizing the elimination of SARS-COV-2 in a population over all other considerations. Military responses are well equipped for strong, rights-based action, as has been demonstrated time and again during times of disaster.

Although the interface with biological weapons is clearest, the international community can also learn significant lessons from efforts related to chemical and nuclear weapons. For example, the Chemical Weapons Convention provisions were activated recently (beginning in 2013) to confront new challenges in Syria. These provisions may be relevant as one of the only experiments in WMD management where successful mechanisms of international verification, fact finding, and destruction have been operationalized. The technocratic and diplomatic communities responsible for the non-proliferation of weapons of mass destruction for lessons routinely confront the same challenges that complicate responses to pandemic infectious disease: diplomacy, regulation, security, rapid response, multilateral frameworks with verification and fact-finding mechanisms, export controls and border security, data, and forecasting. In the long term, experiences related to WMD defense can inform or even offer a model for strong public defense and multilateral frameworks for pandemics.

These recommendations should be read with the clear caveat that weapons present a different challenge from viruses and that the disarmament project is plagued with failures and obstacles and that enforcement is often weak. Nevertheless, responding to COVID-19 calls on states and the international community to bring its collective knowledge and power to bear. Adopting and adapting some tools related to CBRN response is sensible.

Scientific cooperation and Industrial Security: Non-proliferation institutions reside in states’ governments and militaries as well as international organizations, such as the Organisation for the Prohibition of Chemical Weapons (OPCW) and the International Atomic Energy Agency (IAEA). Their purpose is not only to prevent and stop belligerent and terrorist activity, but also to prevent civilian installations and activities (e.g., industry, commercial labs, and scientific research facilities) from posing a hazard, including spreading or releasing hazardous materials into the environment. The security architecture also enables the employment of dual-use agents securely for peaceful purposes, which is critical for innovation, research, and development. This model of intervention, which would include occupational, environmental, and process safety, emergency responses to incidents, regular testing of outbreak scenarios, safety audits, and national action plans for safeguarding against pathogens, must be deployed for vulnerable sites, like wet markets and other locations of human contact with animal-borne viruses.

Rapid response and securing locations in the event of an attack: The WMD security sector, especially national military structures, have tactical plans to deal with a large scale WMD attack, typically including rapid protocols for setting up field hospitals, local emergency shelters, and more importantly, securing civilians in a cluster against a second attack. These sorts of plans are required in the current pandemic situation, and existing nuclear attack protocols, and more pertinently, existing models of securing spaces and populations from a chemical weapons assault, must be adapted into pandemic preparation plans. Nuclear, radiological, and chemical weapons security plans also have protocols for quickly decontaminating personnel, identifying the personal protective equipment that should be used, and providing care to affected populations.

Fact finding and Verification: A key tactical response to pandemics is to acquire and disseminate intelligence and information, and it is necessary to be able to do this rapidly at ground zero. The OPCW did this successfully in Syria through a number of Fact-Finding Missions set up with the United Nations. These missions drew from the Chemical Weapons Convention’s negotiated collective security contract that vested public trust in OPCW’s international Verification and Inspectorate Teams. While states responded in disparate ways to the spread of SARS-COV-2, a similar model of legitimacy, where international neutral experts could carry out Fact Finding Missions and verification and conduct investigations rapidly at the epicenter of any outbreak, might have benefits for early warning and prevention of global pandemics. The safety of a fact-finding mission in a time of crisis is compromised, as was the case with the armed attack on the OPCW Syria mission with an explosive device in 2014. Seismic centers and hotspots of outbreaks are similarly dangerous, and the experience of WMD fact finding in negotiating and equipping for mission security can have important lessons for pandemic missions.

Given the scale and lethality of COVID-19, far exceeding most recent global security and conflict risks, adaptation to new challenges must be built into public health policy.

Export controls and border security: One of the most challenging diplomatic aspects of a pandemic situation is border security. WMD related defense protocols, both in travel and import and export of goods, are in place during wartime and in times of peace. Dealing with pandemics long term might need a balanced negotiation between border security and free movement.  Similarly, how the security sector responded to terror and WMD may be a useful lens to employ. As we move to a new normal post lockdown, especially in light of the WHO’s recent statement that the virus may become endemic like HIV, it may be useful to consider how the new normal was put in place with strengthened security and protocols for air travel and airports post 9/11, and for public places and law enforcement cooperation in the European Union post terror attacks in Paris in 2015, and in Brussels and Berlin in 2016.

Forecasting, and Adapting to new threats: The WMD security sector must respond not only to existing threats, but also prepare for a new threat landscape, advances in Artificial Intelligence, lethal autonomy, cyber-warfare, gene-editing, and new developments in hybrid biological-chemical weapons. The health sector also requires a security lens to effectively forecast and prepare for new threats with a sense of urgency. Given the scale and lethality of COVID-19, far exceeding most recent global security and conflict risks, adaptation to new challenges must be built into public health policy. When an issue becomes understood as a “security” risk, preparedness is constant. The Chemical Weapons Convention did not encounter any significant proliferation challenges since the OPCW came into being until 2013, and now, as late as 2017, we have known incidents of the use of the nerve agent VX. Similarly, the easing of one epidemic must not put the public health sector at ease, and a WMD defense style preparedness must be maintained at all times.

Multilateral and bilateral frameworks: Disarmament and Non-Proliferation is a disaggregated and specialized multilateral space, with the mandate for different aspects of technical implementation and diplomacy on nuclear, chemical, biological, and radiological weapons divided into different international regimes. While health is the domain of one specialized agency within the United Nations – the World Health Organization, cooperation on non-proliferation is a divided responsibility with domains negotiated in whichever space there is specialization and interest. The Nuclear Suppliers Group, the Organization for the Prohibition of Chemical Weapons, the Biological Weapons Convention Implementation Support Unit, Missile Technology Control Regime, Wassenaar Arrangement, the IAEA have all successfully concentrated efforts to singular aspects of WMD disarmament.

All multilateral frameworks operate within the constraints of sovereign state priorities and geopolitics, and both the global health and disarmament regimes encounter dilutions of efficiency for diplomatic reasons. At the same time, global and regional bodies are better suited to coordinate responses to global challenges like pandemics. The experience of WMD non-proliferation architectures may improve existing multilateral networks working on public health and in combatting pandemics.

Whole of Government approaches: Any challenge that is securitized becomes open to unprecedented and exceptional responses, therefore the clearly demarcated difference between peacetime and war. A pandemic like COVID-19 requires a whole of government approach, that cannot be restricted to health departments and sectors alone, in the same way that every sector from education to jobs to social security to industrial manufacturing must deal with a WMD attack.

In 2018, the OPCW Fact Finding Mission issued its report on the alleged use of toxic chemicals as weapons in Douma, Syria.  This report detailed that chlorinated organic derivatives were present in several samples. The report established that there was reasonable ground to conclude that a toxic chemical had been used as a weapon. Recently, researchers in Australia and the United Kingdom have undertaken projects to study whether wastewater samples could be tested to identify the presence of SARS-COV-2 in a certain population. From simple chemistry to strategic defense, the links between WMD security and pandemic control are clear.

COVID-19 is a global storm that has demanded rapid reforms at the tactical level, with military experiences being adapted to local pandemic response, as well as strategic reforms to what it means to build security, secure populations against a faceless enemy, and contain an unfolding incident of mass destruction. Going forward, public health will have to be written into the enduring edifice of national security and collective international security. This will require a new partnership between the technical expertise of epidemiology and public health bodies on the one hand, and militaries, multilateral bodies, and national security institutions on the other. SARS-COV-2 is waging catastrophic “war” against civilian populations and we may need to forge our defenses in part from how we wage war.

Nabila Jamshed is a specialist on disarmament and international security issues and has worked with the United Nations, the Organization for the Prohibition of Chemical Weapons, and the Peacekeeping Mission in South Sudan during its civil conflict. The views expressed in this article are those of the author and do not necessarily reflect those of the U.S. Army War College, the U.S. Army, or the Department of Defense.

Photo Credit: Courtesy of the Centers for Disease Control and Prevention. Composite by R. Sipos

Other releases in the “COVID-19” series: