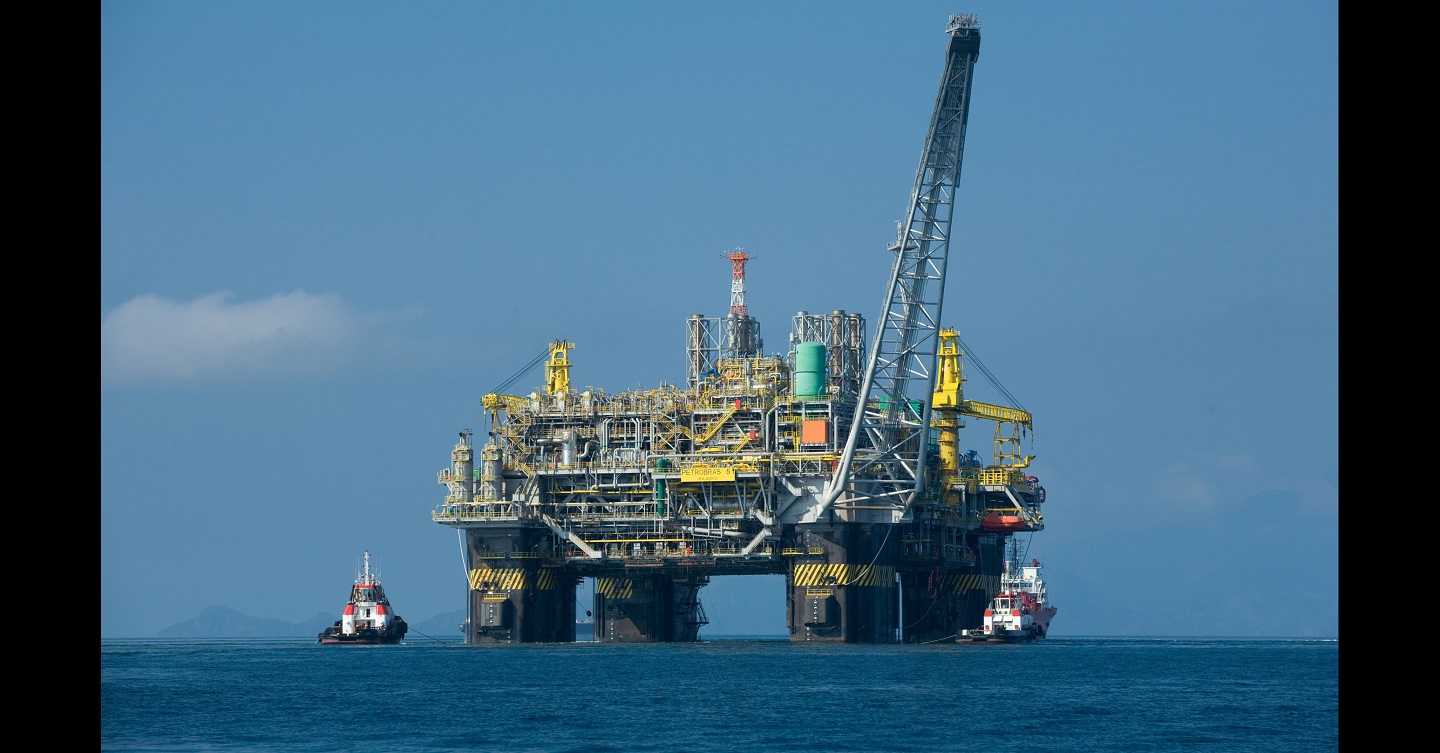 Most Latin American countries are resource-dependent, some excessively, meaning that their central governments rely on rents from the extraction of natural resources to finance a significant portion of their budgets.

In addition to overwhelming healthcare systems almost everywhere, COVID-19 is on track to cause a severe economic contraction all over the globe. Recently, the International Monetary Fund revised its economic forecast for 2020 from projected growth of around 3% to projected contraction of almost 6% worldwide. This economic downturn will affect Latin America and will leave many countries in the region scrambling for resources, creating opportunities for competitors to gain ground in a region that is vital to US national security. While the United States cannot immediately reverse the economic fortune of countries in its neighborhood, especially given its own economic and pandemic-related challenges, it can and must remain engaged in the region to prevent further advances from competitors. Specifically, the economic downturn precipitated by the pandemic could allow China to make further inroads in the region by issuing debt to cash-strapped governments or seeking ownership of strategic assets, following an established pattern from other parts of the globe. Such advances would threaten U.S. and regional security because they represent further advances by its closest competitor into its own region.

Before the pandemic, the Economic Commission on Latin America and the Caribbean had projected that the region’s economy would grow by just 1.3% in 2020. This forecast has since been revised, with regional GDP now predicted to fall by at least 1.8%. The decline in economic activity in the region is driven by a few factors, principally the worsened economic situation of the region’s trading partners and the accompanying downturn in commodity prices. For most Latin American countries, the top two trading partners are the United States and China. This year, the US economy is expected to contract 5.9%, while the Chinese economy is expected to grow only 1.2% (compared to annual growth of more than 5% annually for the past three decades).

Most Latin American countries are resource-dependent, some excessively, meaning that their central governments rely on rents from the extraction of natural resources to finance a significant portion of their budgets. The region’s rents from non-renewable natural resources (oil, gas, and minerals) account for somewhere between 3% and 7% of GDP on average. A downturn in the price of these commodities will have a significant negative impact on the economic situation of countries in the region. In Venezuela, for example, oil rents (oil income net of costs of extraction) accounts for nearly 15% of GDP; in Ecuador, 5%; and in Colombia around 3%, according to the World Bank. Any decline in the price of oil would affect these economies, as government revenue from the rents produced by these commodities would also decline. Countries that rely on rents from natural resources prepare budgets estimating the income from resources based on the projected price for that resource. Any difference between that projected price and the actual price becomes a potential budgetary deficit that governments must address. For 2020, predictions for the price of oil were at $57/barrel and are currently under half that amount at about $25/barrel. This difference will be felt directly in the oil-exporting countries of Latin America. The effect is likely to be similar for the exporters of other commodities.

The combination of slowed trade, decreased commodity prices, and an existing debtor-creditor relationship with China might encourage some countries in the region to turn again to China for economic assistance. In the context of great power competition economic vulnerabilities in the region could be used by extra-hemispheric actors to achieve significant gains. The United States Southern Command’s strategy identifies China’s growing access to critical infrastructure as posing “increasing risks to the United States and our allies and partners.” The economic crisis brought about by the pandemic might drive Latin American countries to take on further debt, or it could compel states to sell critical infrastructure to China. Both developments would concern US national security leaders. Infrastructure that is critical to Latin America is important to the United States.

Before the pandemic, Latin American countries were substantially in debt compared to industrialized democracies elsewhere and compared to most other developing regions. In 2018, public debt accounted for 42.3% of GDP in the region. Rising debt is a concern in Latin America because the region has a difficult history with debt. In the early 1970s countries borrowed significantly from US commercial banks and other private creditors. Payments on these loans came due in the early 1980s, when record-high interest rates, coupled with an economic slowdown and declining commodity prices, left countries struggling to meet their obligations. This period of economic crisis was bookended on one side by Mexico’s announcement in 1982 that the country could no longer meet interest payments and on the other by a 1989 renegotiation of the debt known as the Brady Plan. The entire period came to be known as “the lost decade,” as it represented a near standstill of development in the region.

Before 2017, the United States was Latin America’s largest creditor, but now China holds the largest share of Latin American debt. Chinese investment in the region has been largely focused on infrastructure and energy, and mostly concentrated in four countries—Venezuela, Brazil, Ecuador, and Argentina—although there are investments in at least sixteen countries throughout the region. These investments are not a central part of China’s Belt and Road Initiative, which continues to be focused more heavily on other corridors, but can be seen as part of a broader project to gain global influence.

Debts incurred to China differs significantly from debts incurred to other countries and multilateral institutions in the past. These loans do not come with the market reform conditions that were attached to loans issued to the region by multilateral institutions such as the World Bank in the 1990s. Instead, China offers these loans to spur economic growth in the debtor country, with the expectation that economic gains will result in increased trade with China. While the conditions of the loan are not clearly spelled out as they were during the Washington Consensus, these are not altruistic investments.

In Latin America, Venezuela owes China the most money, and the governments of Hugo Chavez and Nicolas Maduro accrued the entirety of this debt. If the country does transition away from autocracy, any successor government, including a new democratic government, would have to meet the country’s steep debt obligation to China. Meeting these obligations would strain almost any new government trying to deliver economic prosperity for its citizens. It could also make the calculus for the United States more complicated as any funds directed to shore up a new democratic government could indirectly make their way to China to pay the former autocratic government’s debts.

A second concern for the United States is that countries experiencing economic hardship might be amenable to selling critical infrastructure to China.

Throughout the region, adding more debt to China would increase Chinese leverage over Latin American governments and economies. If the debt load is unsustainable and a country cannot repay the loan, what happens next is somewhat unclear because the loans are often not public. In Sri Lanka, for example, China came to own a port after the government could not pay back what it owed. Although there have so far been no examples of this transfer of ownership in the western hemisphere, it is possible that the terms of the loans issued to countries here are similar.

A second concern for the United States is that countries experiencing economic hardship might be amenable to selling critical infrastructure to China. On the other side of the Atlantic, the North Atlantic Treaty Organization (NATO) Secretary-General Jens Stoltenberg, speaking after a virtual meeting of defense ministers, noted that the “geopolitical effects of the pandemic could be significant” if economic difficulties made “some allies more vulnerable for situations where critical infrastructure can be sold out.” Leaders of the European Union expressed a similar sentiment when it encouraged its governments to buy stakes in key companies to prevent a Chinese takeover. Investment by Europe and the US, whether public or private, could potentially be an effective way to weaken the economic and political leverage that China has over debtor countries.

There has been no similar call in the western hemisphere. Except for the oil and mining sectors in some countries, in Latin America there is no requirement that critical infrastructure be owned by the state, which creates an opportunity for foreign investment in this area. Latin America is not unique in this regard. Nevertheless, its weaker intra-regional cooperation leaves it more vulnerable than Europe, for example, which has already called attention to the issue of foreign ownership. China has made inroads in this sector investing heavily in ports and planning an alternative to the Panama Canal, although so far, that plan has not come to fruition.

While China’s economy is also expected to be impacted by the pandemic, its economy will continue to grow, albeit at a slower pace. Economic growth may present China with an opportunity to expand investments. China’s autocratic system offers an advantage in this regard, as it does not require consent from its citizens to take an action that is seen as important to the state, even if it could be detrimental to the Chinese population in the short-term.

The 2018 National Defense Strategy makes it clear that the United States is in competition with China. Most discussion in the United States has been focused on competing in the Asia-Pacific, China’s backyard, but the Western Hemisphere is the United States’ backyard. The United States must take this competitive zone as seriously, as it is an arena in which China can gain important strategic assets. Indeed, China has already made progress in this regard. Latin America, for so long a region where the US has been the hegemonic power, is now part of this global competition. Relying on historic dominance in the region and ignoring its current challenges, increases the risk to US national security, losing important partners and ceding ground to competitors.

While the United States faces unprecedented challenges right now, it cannot afford to be disengaged with its neighborhood: ignoring Latin America today will create great challenges tomorrow. Though the region is one of many competing priorities facing the US, engagement in Latin America need not be as costly as engagement elsewhere if it is done proactively. For years the US military has maintained and cultivated strong relationships in Latin America while keeping only about 1,200 uniformed service men and women in the region. Even as the US faces an economic contraction and its own mounting debt, it cannot afford to divest from Latin America. Rather, it must invest. Investments in the region, both military and commercial, reassure partners in the region of the US commitment to their security and prosperity and leave less ground for Chinese advances. Leaving Latin America to weather this pandemic-induced economic downturn on its own opens up an opportunity for the region to owe more to China, and for China to own more of the region.

Fabiana Sofia Perera is an Assistant Professor at the William J. Perry Center for Hemispheric Defense Studies. Prior to joining the Perry Center, Fabiana was a Rosenthal Fellow at the Office of the Secretary of Defense, Under Secretary for Policy, Western Hemisphere Affairs. The views expressed in this article are those of the author and do not necessarily reflect those of U.S. Southern Command, U.S. Army, or Department of Defense.

Photo Description: The first 100% Brazilian oil platform, the P-51 will produce about 180 thousand barrels of oil and 6 million cubic meters of gas per day when operating at full load. This platform and the rent from other foreign owned platforms generate significant revenue for Latin American countries.

Other releases in the “COVID-19 Series”: