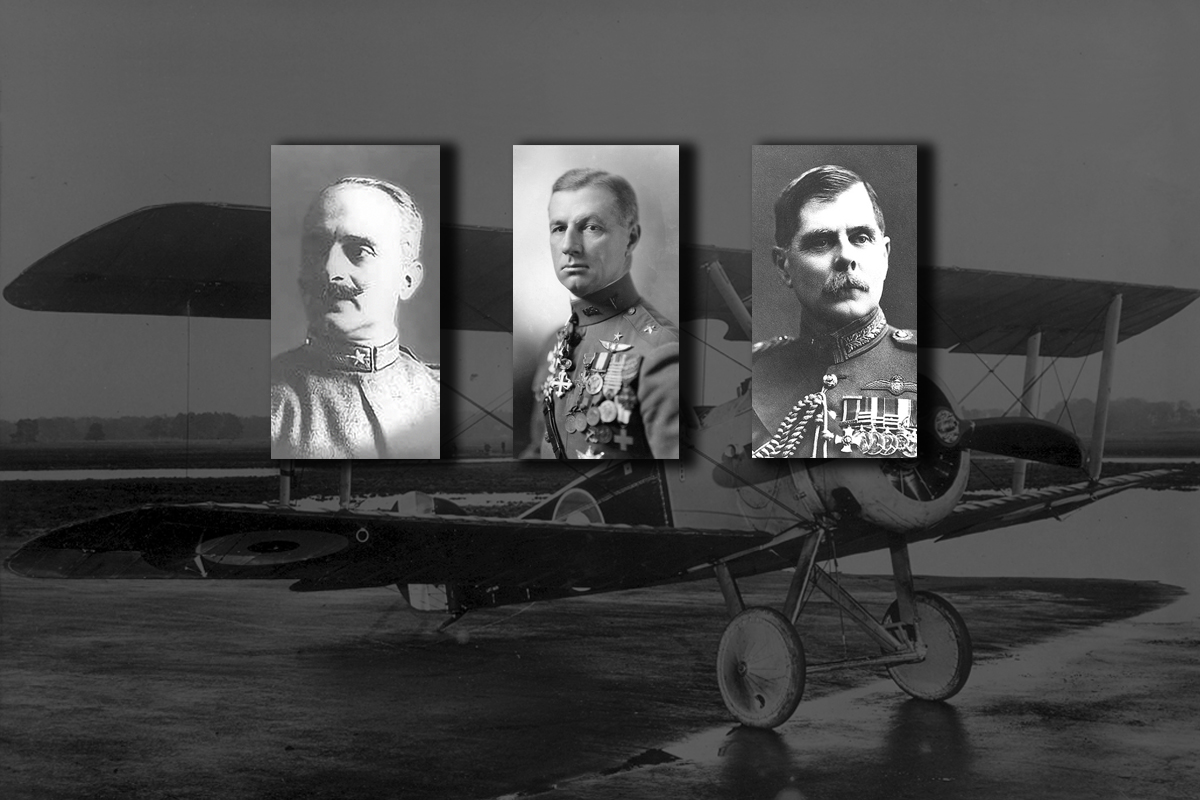 They saw airplanes … come into reality as weapon systems … and they became strong advocates.

We continue our Great Strategists series with a look at three pioneers of airpower — Giulio Douhet from the Italian Armed Forces, Billy Mitchell of the U.S., and Hugh Trenchard, the “father” of the British Royal Air Force. In the early 20th century, these three great innovators and thinkers saw the battlefield changing as a result of the introduction of airplanes. Only a decade would pass from the Wright Brothers’ first flight to use of aircraft in World War I — and controlling the skies have been vital to military success ever since. Presenting these pioneers is Dr. Tami Davis Biddle, U.S. Army War College Professor of National Security Affairs, and Dr. Jacqueline E. Whitt, U.S. Army War College Professor of Strategy.

Images: (L-R) Portraits of Giulio Douhet, Billy Mitchell, and Hugh Trenchard; background image is of a Sopwith Camel from the British Royal Air Force. All photos are in the public domain.

Releases in the “Great Strategists” series: