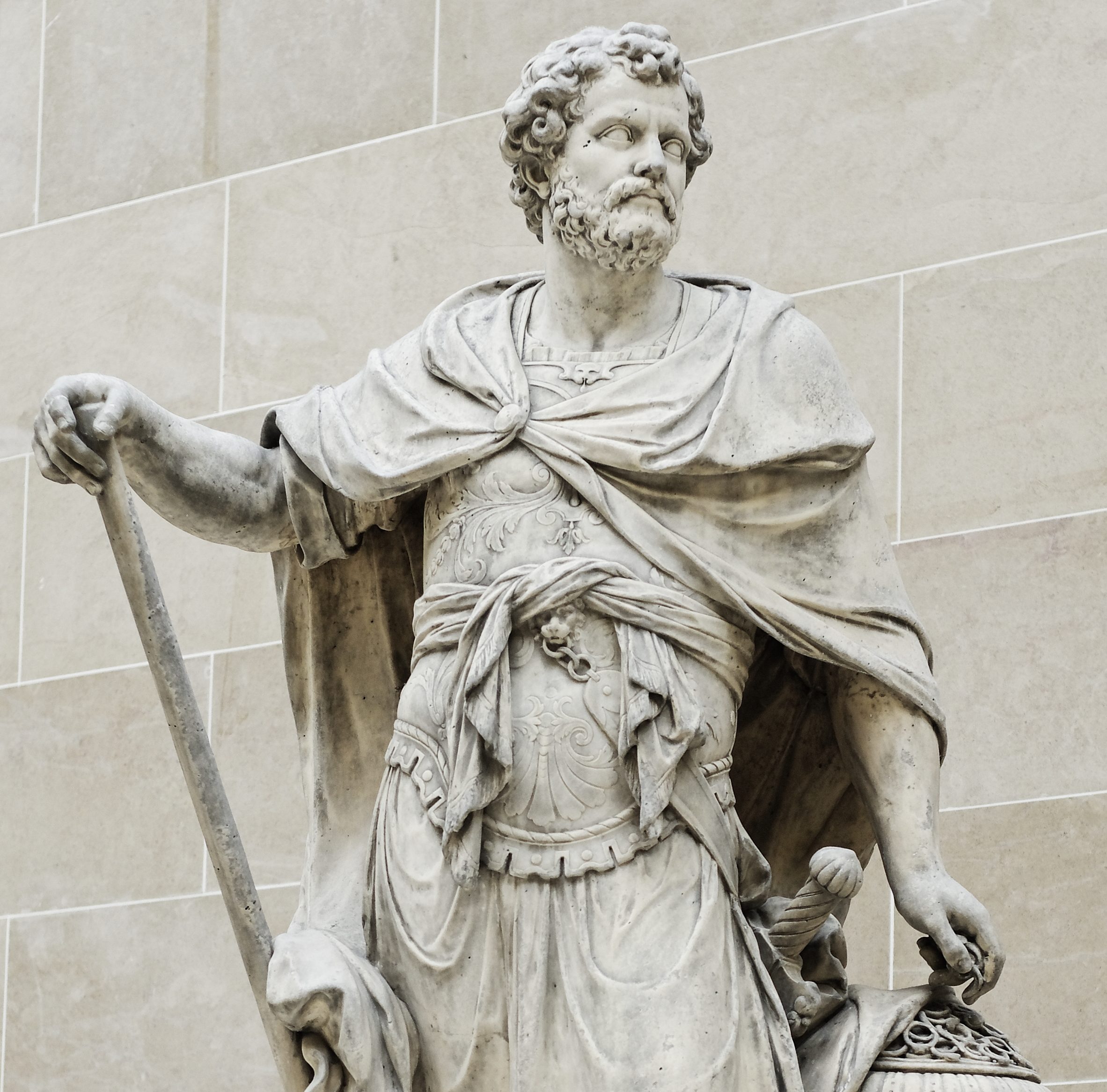 Greatness … should be judged by some combination of leaders’ political impact; strategic, operational, or tactical brilliance; and innovation and effects on subsequent military practice.

What makes a military leader great? WAR ROOM’s new podcast series, Great Captains, takes up this old question. Moderated by Dr. Andrew Hill, Editor-in-Chief of WAR ROOM and Chair of Strategic Leadership at the Army War College, the series features military historians and other experts applying their insight, experiences, and scholarship in discussing the lives and achievements of exceptional military leaders. As professional military educators, the faculty of the U.S. Army War College strives not only to tell the stories of great leaders, but also to coach and mentor the next generation of senior military leaders. Studying the great captains of the past is an essential part of this work.

In choosing subjects for the program, we are limited only by our time and available expertise. Human history is violent, and that pervasive violence has provided numerous opportunities for outstanding military leaders to exhibit their abilities, in victory and defeat. Identifying “greatness” is subjective and raises interesting questions about how military leaders, past and present, should be evaluated and their legacies studied and remembered. Recently, an essay purporting to identify the “greatest general ever” using techniques from math and sabermetrics (i.e., baseball statistics) made the rounds on the internet. (The author’s answer? Napoleon Bonaparte.) However, we are not interested in constructing a Billboard top 100 military leaders. How do we select leaders for the series? Greatness, in our view, should be judged by some combination of leaders’ political impact; strategic, operational, or tactical brilliance; and innovation and effects on subsequent military practice. We welcome your suggestions for future episodes.

It has long been a maxim that students of military history must study the campaigns and leaders of the past to master their craft. Indeed, our use of the term “captain” reflects these traditions, where “captain” refers not to a specific rank but to a leader in a broader sense. Napoleon famously identified seven “great captains” whose campaigns he thought worthy of careful study: Alexander, Hannibal, Caesar, Gustavus Adolphus, Turenne, Eugene and Frederick. He famously remarked that aspirant commanders should “take them for your model, that is the only way of becoming a great captain, to obtain the secrets of the Art of War.” Others, too, have written about the great captains of history. In 1889, Theodore Ayrault Dodge, a veteran of the American Civil War, published a book entitled Great Captains. He concurred with Napoleon’s assessment of Alexander, Hannibal, Caesar, Gustavus Adolphus, and Frederick, adding Napoleon himself to the cast of great captains. Dodge, to some controversy, left American commanders off of his list. But others would just as surely leave Napoleon off the list – after all, his defeats and ultimate downfall were rather spectacular. We might question, too, whether figures such as Robert E. Lee or Erwin Rommel should be considered under this rubric: what is the relationship between military genius and political or moral crime? Can one be considered great if he or she fights in service of an evil regime? Can great captains lose great wars? We choose not to rule on such questions preemptively, and will instead use them for the basis of much of the discussion in the series.

This series is not hero worship. Quite the contrary: in this version, failure is front and center. The great captains of history were no less flawed than anyone else.

The contemporary development of great military leadership is not a simple matter of checking off items on a list based on the lives of great past leaders. We mentioned above that history is violent. It is also complex. Leaders operate in environments that reflect the idiosyncratic political, economic, philosophical, cultural, and technological contexts of their time. Consider Joan of Arc, whose religious fervor made her a symbol of a resurgent French nation. As a military leader, her achievements are extraordinary. Yet leaders today are unlikely to succeed by simply replicating her career: “See visions. Check. Receive divine calling to leadership. Check.” At the same time, we have much to learn from leaders of the past. Greatness cannot simply be explained by a person being at the right place at the right time—surely there are qualities and habits that enable some men and women to rise above the rest. Social, cultural, technological, and political changes mean that students who study the great commanders of the past must learn to dig below the surface of heroic battlefield exploits or particular circumstances to glean lessons about the great captains’ approaches to the problems of war and warfare and their understanding of the military art.

This is the approach taken with an elective course that has been offered at the U.S. Army War College for many years, Ride with Great Captains. In addition to a common course of study, which focuses on the challenge of command in the modern, Western world, students also choose a single commander to study in depth and present to the class. They study memoirs, biographies, and other published works to develop a deep understanding of the man or woman behind the renowned name. What shaped them as leaders – positively and negatively? What were their flaws and vulnerabilities and how did they overcome them? What caused others to consider them great, and – as some were not considered exceptional in their own time – when were they elevated to greatness? The WAR ROOM podcast series Great Captains is in the spirit of this elective.

This series is not hero worship. Quite the contrary: in this version, failure is front and center. The great captains of history were no less flawed than anyone else. In fact, their strategic success was often shaped by failure – either their own, as discussed in the episode on George Washington, or the failures around them. Our goal is to show how these leaders learned from experience. We examine leaders’ vulnerabilities, blind-spots, and shortcomings.

Finally, Great Captains aims to be global in scope and to include examinations of ancient, pre-modern, modern, and contemporary great captains. Indeed, we prefer to spend more time away from the well-trodden ground of American military leaders of the Civil War and World War II. This breadth should help elucidate not only those elements of military greatness that may be timeless, but will also illuminate those features of a leader’s biography that are more bound in a specific time and place.

We hope you enjoy the series.

Podcasts in the “Great Captains” series:

Jacqueline E. Whitt is the WAR ROOM podcast editor, and Tom Galvin is WAR ROOM’s Managing Editor. The views expressed in this article are those of the authors and do not necessarily reflect those of the U.S. Army War College, U.S. Army, or Department of Defense.

Photo: Hannibal Barca, by Sébastien Slodtz (1704), counting the rings of the Roman knights killed at the Battle of Cannae (216 BC). From the Gardens of the Tuileries, Paris.