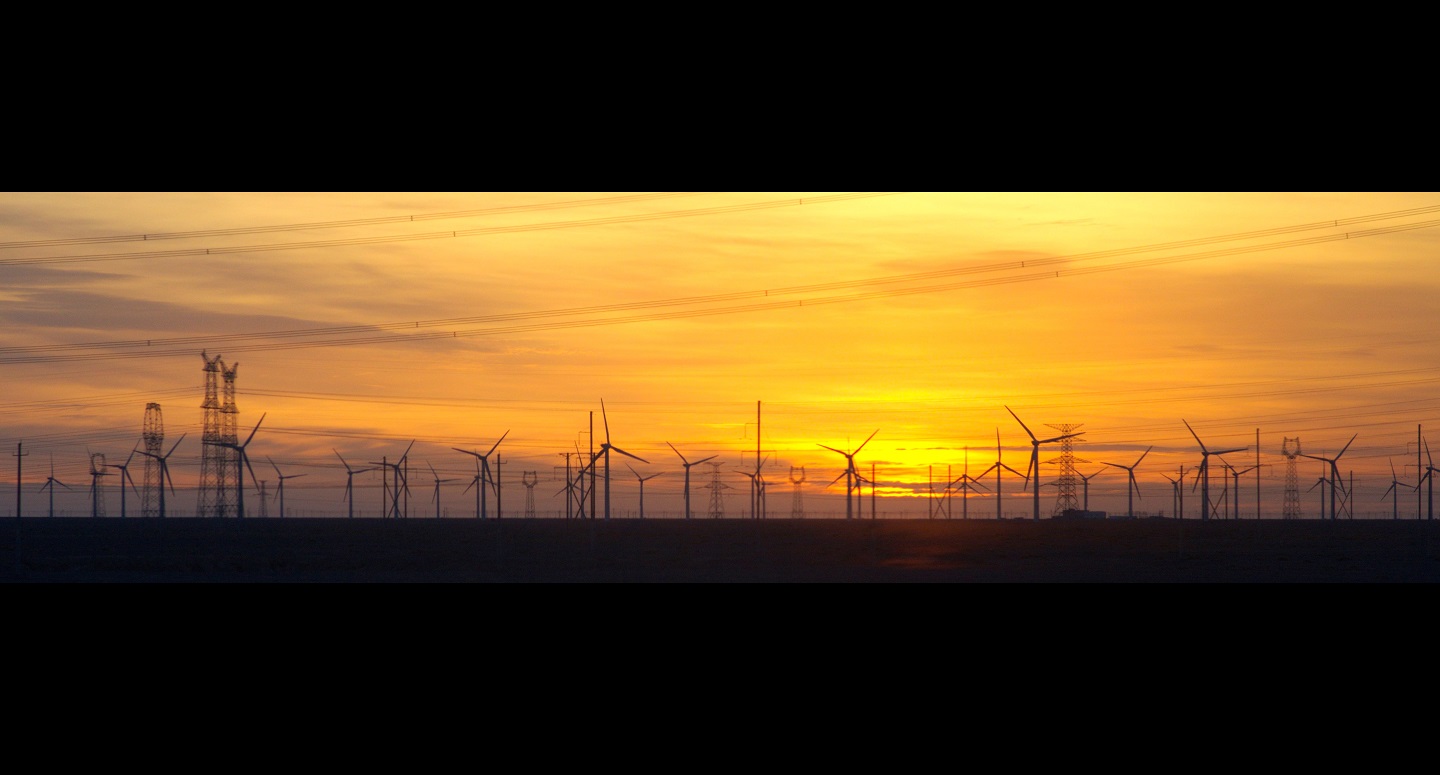 The People’s Republic of China’s (PRC) BRI is currently the world’s largest global foreign investment program and has the potential to shape the future of global sustainable energy.

In 2018, fossil fuels met 70% of the world’s increasing energy demand, and developing countries accounted for the majority of that demand. Developing states require tremendous amounts of energy to drive economic growth in critical sectors such as manufacturing and farming, and they continue to rely heavily on non-renewable, unsustainable fuel sources. This broad demand for energy, however, also creates demand for newer renewable energy sources. Developing countries have recognized that their reliance on unsustainable energy sources is detrimental in the long run, and they have often turned to the Belt and Road Initiative (BRI), sponsored by China, to build renewable energy infrastructure, hoping to secure their countries’ future energy use in conjunction with long-term economic goals.

The People’s Republic of China’s (PRC) BRI is currently the world’s largest global foreign investment program and has the potential to shape the future of global sustainable energy. These projects provide significant growth opportunities for developing countries, but, in some cases, have resulted in China de-facto owning a foreign nation’s strategic resources because the projects are predominately PRC-funded, built, and managed after completion. The PRC’s involvement in many developing countries is particularly concerning given the fact that China has the power and money to exert singular influence over a developing nation’s energy security, economic development, and even national security. This reality should also give the United States pause: China’s domination of the renewable energy industry is a product of China’s alarming technologically competitive advantage over the United States in the realm of Great Power Competition.

China currently dominates the global renewable energy market and is rapidly expanding solar energy, wind power and hydroelectric capacity across the globe. China’s dominance in the renewable energy market has emerged primarily from the country’s primacy in the manufacturing and production of such technology, particularly in the wind turbine and solar panel markets. China has become the world’s largest domestic wind turbine manufacturer and produces approximately 70% of all solar panels in the world. Additionally, China is currently one of the world’s largest developers of hydroelectricity, which accounts for roughly 20% of China’s domestic electricity generation. Both China’s technological expertise and manufacturing superiority in the renewable energy industry and its strong financial position have placed it in a unique position to successfully support and finance renewable energy infrastructure projects across the globe and promote Chinese interests abroad.

While Chinese investment in renewable and infrastructure projects is beneficial for developing nations aiming to secure sustainable energy futures and support economic growth, developing countries must be cautious about developing an inextricable relationship with and dependence on the PRC. China has invested an estimated $1.1 trillion dollars in international BRI projects, many of which are exclusively financed, built, and led by PRC-backed institutions. This arrangement leads quickly to a potential for developing states to develop an overreliance on China, leading to significant long-term indebtedness. Additionally, the PRC’s direct control of technological distribution to partner nations prevents the implementation of a sustainable system of technology transfer.

Sustainable Infrastructure: Made by China

The Dawood wind power project in Pakistan and the Cauchari solar plant in Argentina are two examples that highlight the risks of Chinese involvement in developing countries’ energy infrastructure networks. The Dawood wind power project in Pakistan was financed by the government-funded Industrial and Commercial Bank of China for nearly $80 million dollars. In response to Pakistan’s goal to increase the share of renewable energy generation to 30% by 2030, China seized the opportunity to become the primary provider of renewable energy in Pakistan. According to Aamir Hussain, chief executive officer of Tesla PV, a premiere manufacturer of solar energy products, Pakistan now imports “more than 95 percent of the solar panels and other renewable energy systems it uses, largely from China.” In Argentina, the Cauchari solar plant, the largest solar farm in South America, was funded by the state-backed Import-Export Bank of China for almost $340 million dollars. The Cauchari plant is just one of many Chinese-funded sustainable energy infrastructure projects in Argentina. China has financed many of Argentina’s hydroelectric dams, and the two countries are now working together to build a nuclear power plant utilizing China’s Hualong One reactor design.

China also benefits from its investment in energy infrastructure in developing states, but the primary foci of these projects are profitability and strategic influence.

The examples of the Dawood wind project in Pakistan and the Cauchari solar plant in Argentina represent more than simple demonstrations of the PRC’s renewable energy development capabilities. Instead, these examples highlight the PRC’s unprecedented access into other countries, showcasing China’s broad political, economic, and social influence. In the case of Pakistan, the Dawood wind project was implemented as an “early harvest project” under the China-Pakistan Economical Corridor plan, a vast collection of infrastructure projects aimed at modernizing Pakistan’s economy while providing the PRC with direct trade routes into the Arabian Sea.  In Argentina, the construction of Cauchari solar plant coincided with a currency swap program for the traditionally-embattled Argentinian central bank, whose storied history has locked it out of credit markets and paralyzed foreign direct investment into the nation. The second-and-third order economic effects emerging from the implementation of energy projects in these countries provide the PRC with the ability to gain economic footholds in both Pakistan and Argentina. The PRC has used renewable energy development projects as avenues to integrate into developing nations’ infrastructure, and has extended its influence on economic, political, and other realms as well.

China also benefits from its investment in energy infrastructure in developing states, but the primary foci of these projects are profitability and strategic influence. These macro-level goals are particularly important given the context of Great Power Competition, with Chinese capital enabling and bolstering PRC institutional goals on an international level. The Hambantota Port is a primary example that highlights the dire consequences of Chinese control and influence. In 2017, Sri Lanka was unable to repay the nearly $1.3 billion loan it took from China to develop the port. Consequently, Sri Lanka handed Chinese firms an 85% stake in the port on a 99-year lease term, effectively granting control of this critical piece of infrastructure to China. This action has significant implications for future Sri Lankan growth, particularly because of the port’s crucial nature in Sri Lanka’s long-term economic plans. While renewable energy investments do create promise for developing nations, governments must strategically consider the costs of accepting PRC infrastructure investment.

Ultimately, the BRI offers the PRC the ability to influence the way the world consumes sustainable power. China’s strength and dominance in sustainable energy development, as well as the financial resources allocated for the BRI, have allowed it to exert significant influence in developing nations wishing to reduce dependence on fossil fuels and implement sustainable energy programs of their own. Some have described these types of loans as predatory, while others describe this type of economic coercion as gray zone warfare. Whatever the term may be, the conclusion is clear: the PRC’s technological advantage in the realm of Great Power Competition is enabling it to move ahead of its peers by offering renewable energy infrastructure investment in developing nations. In order to continue to compete with the PRC, the United States must seek to drive technological innovation through both private and public enterprises. Programs such as the military’s Information Technology Centers initiatives, which emphasizes bi-lateral technological innovation between the United States and partner nations, must be prioritized as the state of modern warfare increasingly shifts from the counter-terrorism problem set to that of Great Power Competition. Regaining the competitive advantage in technological innovation is key for the United States in order to compete with China.

Photo Description: Sunset on more than 200 Windturbines at Guazhou wind farm, Gansu province, China. The Gansu Wind Farm Project is located in desert areas near the city of Jiuquan in two localities of Guazhou County and also near Yumen City, in the northwest province of Gansu, which has an abundance of wind resources. The complex is operating at below 40% utilization of the current 8 GW with a planned capacity of 20 GW.